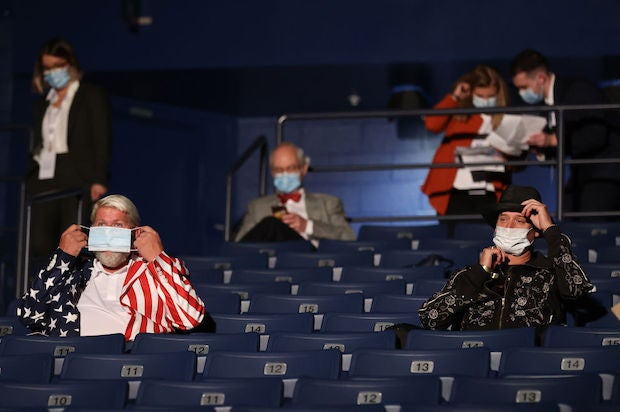 Kid Rock and professional golfer John Daly were in the audience at Thursday’s final presidential debate between Donald Trump and Joe Biden.

The two, who were asked to put on their masks while seated in the audience, also attended a Trump fundraiser before the debate but were seen there without masks on.

On his Twitter account, Daly also tweeted a photo with Kid Rock and shared his support for Trump, writing “TRUMP MTHA FUCKAS.”

Beyond blessed to watch one of best @POTUS #Trump at #PresidentialDebate2020 #Debates2020 with my boy @KidRock TRUMP MTHA FUCKAS 🚂🇺🇸🇺🇸🇺🇸🇺🇸 pic.twitter.com/R10o1N29N9

Thursday’s debate, hosted by NBC News’ Kristen Welker in Nashville, is expected to be the second and final matchup between the candidates. Topics will include the COVID-19 pandemic, “American families,” race in America, climate change, national security and “leadership.”