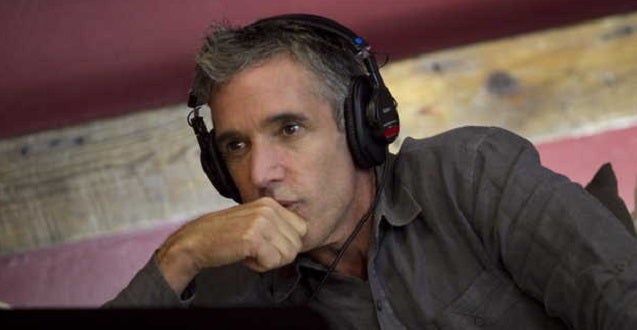 David “Kidd” Kraddick, host of the nationally syndicated radio program “Kidd Kraddick in the Morning,” died suddenly at a charity golf tournament for his Kidd's Kids Foundation in New Orleans on Saturday. He was 53.

The "Kidd Kraddick in the Morning" show is heard on more than 75 Top 40 radio stations and is a leader among most-listened-to contemporary morning programs, his publicist Ladd Biro said. The Irving, Texas,-based radio program also is transmitted globally on American Forces Radio Network while the show's cast is also seen weeknights on the nationally syndicated TV show "Dish Nation."

Kraddick, whose real name was David Peter Cradick, had been a staple in the Dallas market since 1984, starting in a late-night role. He moved into morning show work by the early 1990s in that market and his show began to gain wider acclaim and entered into syndication by 2001 as he gained a following in cities nationwide.

Kraddick had a reputation for helping children through his non-profit work via his Kraddick Foundation, which he founded in 1991 to help impact the lives of children who have terminal or chronic illnesses or are accident victims.

"Kidd devoted his life to making people smile every morning, and for 21 years his foundation has been dedicated to bringing joy to thousands of chronically and terminally ill children,"  a statement on Kraddick's Kidd Nation website said.

"He died doing what he loved, and his final day was spent selflessly focused on those special children that meant the world to him," the statement continued.

His death spurred an outpouring of appreciation on social media. By Sunday afternoon, the statement posted on the Kidd Kraddick Facebook page had drawn more than 60,000 "likes" and more than 15,000 comments.

Ryan Seacrest tweeted his condolences: "So sad hearing about my radio brother Kid Kraddick. One of a kind and one of the best at what he did every morning. U will be missed Kidd"

“RIP Kidd Kraddick. You were an amazing man and a friend. You are already missed,” mogul and NBA owner Mark Cuban tweeted.

“Oh Man, I just heard Kidd Kraddick died! He’s my childhood dj. What a sad day. His poor family. He was always nice 2 me from the beginning,” singer Kelly Clarkson tweeted.