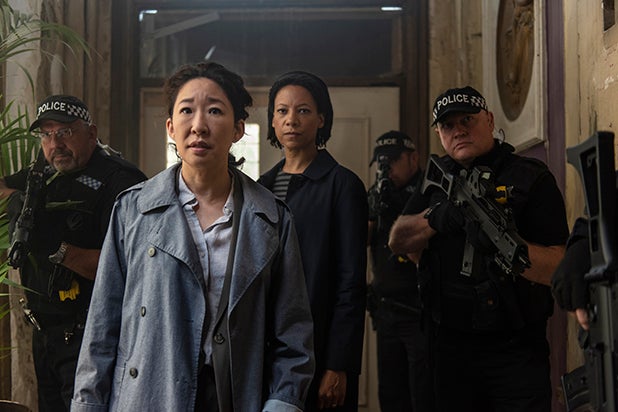 A day after it returned for season 2, “Killing Eve” has been picked up for a third season by BBC America, with another new showrunner.

Suzanne Heathcote will take over for Emerald Fennell, who is steering the season season. Fennell herself replaced the original showrunner Phoebe Waller-Bridge.

“We love having this show and the brilliant Sandra Oh, Jodie Comer and Fiona Shaw on our networks,” said Sarah Barnett, president, entertainment networks for AMC Networks. “Phoebe Waller-Bridge and Emerald Fennell have delivered two addictively entertaining seasons. As we did last year, we’re renewing ‘Killing Eve’ right out of the gate, now with Suzanne Heathcote as lead writer, as a sign of confidence – we adore this show as much as our fans do. ‘Killing’ Eve doesn’t do anything in a templated way; we love giving opportunity to three genius women to make their mark.”

The second season picked up just seconds after the Season 1 cliffhanger, with Eve still reeling from having committed an act of violence as garish as stabbing her target in the gut and Villanelle wandering the streets nursing a life-threatening wound, the new season explores the ramifications of the way these two women have now become bound together for good.