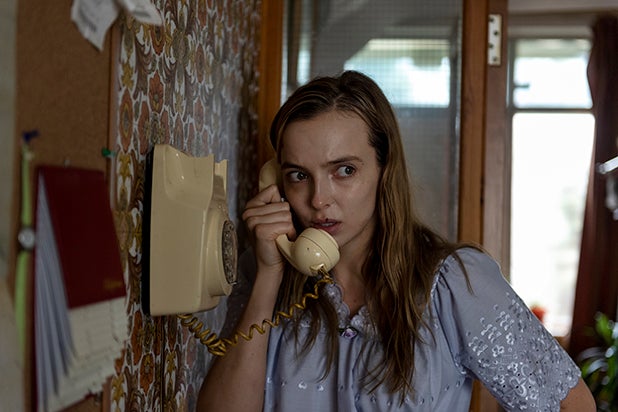 BBC America’s “Killing Eve” returned to strong ratings for its sophomore follow-up, with a nice boost from sister network AMC, on Sunday, drawing 1.2 million viewers across both channels on Sunday.

The series was picked up for a third season on Monday, with yet another new showrunner. Suzanne Heathcote will take over for Emerald Fennell, who is steering the season season. Fennell herself replaced the original showrunner Phoebe Waller-Bridge.

“Killing Eve” stars Sandra Oh and Jodie Comer as, respectively, Eve and Villanelle, an MI6 operative and a psychopath assassin bound by a mutual obsession and one brutal act. The second season picked up just seconds after the Season 1 cliffhanger, with Eve still reeling from having committed an act of violence as garish as stabbing her target in the gut and Villanelle wandering the streets nursing a life-threatening wound, the new season explores the ramifications of the way these two women have now become bound together for good.

The first season of the drama proved to be a hit for BBC America, growing steadily in the ratings across its run thanks to strong word of mouth. The series also proved to be an awards darling, with Oh earning an Emmy nomination last fall in addition to recent wins at the Golden Globes, Critics Choice Awards and SAG Awards.