The reality show, which takes viewers inside an active criminal investigation as it unfolds, comes from Tom Fontana (“Oz”) and Barry Levinson (“ Man”). Shot in real time, the series follows the hunt for a killer.

“Killing Fields” ventures inside a case that went cold nearly two decades ago in the small community of Iberville Parish, La. In June 1997, Louisiana State University graduate student Eugenie Boisfontaine was last seen near the college’s lakes. Two months later, her body was found close by in a watery ditch. She had evidence of blunt force trauma to her head.

But who did it and why? Was it a single act of violence? Or was her murder part of a much bigger string of killings? Those are the central questions of the case and the show, Discovery told us. Between 1997 and 2003, there were 60 cases of missing and murdered women in the area that went unsolved.

To make matters even more complicated, the Baton Rouge area had multiple serial killers operating at the same time with two of their victims living on the same street as Eugenie. “Killing Fields” seeks to find a potential connection — or proof of a lack-thereof — between the crimes.

Detective Rodie Sanchez was assigned to the case in 1997 and hasn’t stopped thinking about it since, per the cable channel Recently, he made the decision to come out of retirement to re-open the case. Sanchez is determined to solve the mystery and make good on a broken promise to Eugenie’s mother: to find the person — or persons — responsible for killing her daughter.

“You never forget your first murder or crime scene,” Sanchez said. “Once that gets in your blood, you want to be a cop for the rest of your life. I had a good life in law enforcement for over 30 some years. I missed it and thought about [this case] every day.”

Joining Sanchez in the chase is a brash young detective, Aubrey St. Angelo. The duo is also joined by detectives at the Iberville Parish Sheriff’s office.

With advancements in forensic science and DNA analysis, a lot has changed since 1997. But will this be enough to crack the case for good? And will Sanchez be able to finally rest and move beyond the case that has forever haunted him? We’ll find out early next year.

Here’s another photo from the series: 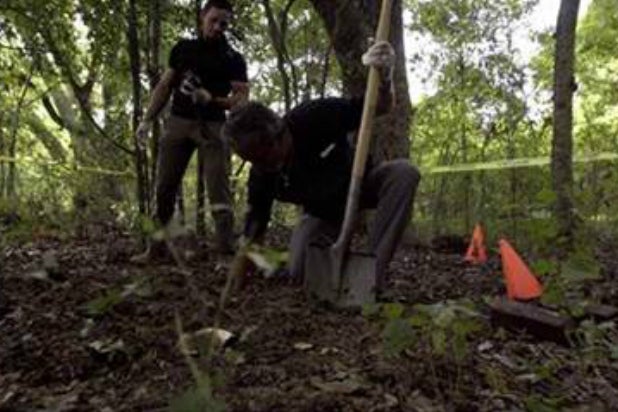