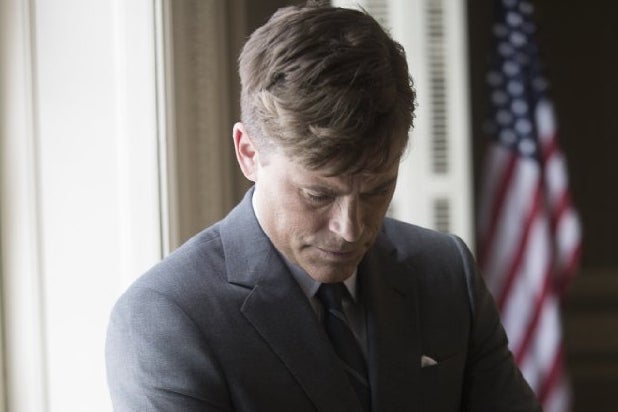 Also read: ‘Killing Kennedy’s’ Will Rothhaar to Lee Harvey Oswald’s Ghost: ‘I Wish I Could Teach You How to Play Baseball’

“Killing Kennedy” was in the top 10 for total social mentions among all primetime cable programs last night across Trendrr and Social Guide, Nat Geo said. During Sunday’s two-hour broadcast, #killingkennedy was the highest-trending social topic.

Nat Geo’s website had 2.1 million total page views, a record for the network in one night.

“‘Killing Kennedy’ took what was accomplished with ‘Killing Lincoln’ and elevated it to a national story,” said executive producer and author Bill O’Reilly. “I could not be more pleased with the response and look forward to even more success with our next collaboration, ‘Killing Jesus.'”