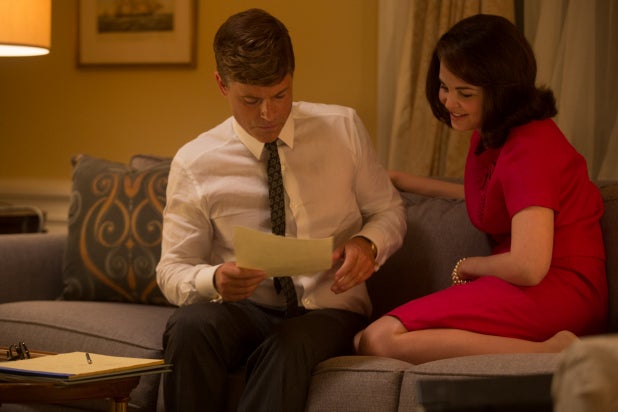 Today would have been the 60th wedding anniversary of John and Jackie Kennedy, and National Geographic Channel marked the occasion by announcing the premiere date for “Killing Kennedy” and unveiling a teaser trailer.

The premiere will be for Sunday, Nov. 10 — 12 days prior to the 50th anniversary of the assassination.

The TV movie is based on the best-selling book by Bill O’Reilly and Martin Dugard and produced by Scott Free Productions. Nelson McCormick directed the film, Kelly Masterson penned its adaptation.