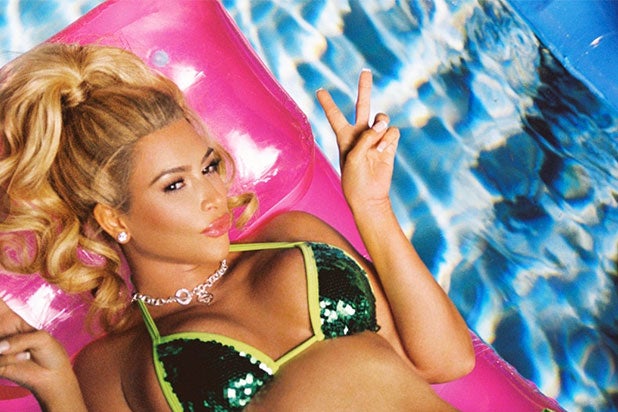 Kim Kardashian went all out this Halloween, not only dressing up as Elle Woods from “Legally Blonde” for the spooky holiday, but also re-creating Elle’s full Harvard video essay down to every little detail.

“My name is Elle Woods, and for my admissions essay, I’m going to tell all of you at Harvard why I’m going to make an amazing lawyer,” Kardashian says. “As president of my sorority, I’m skilled at commanding the attention of a room and discussing very important issues.”

Kardashian also tweeted photos of herself in the various costumes from the 2001 comedy, including the iconic green sequined bikini and the pink slip dress. Bruiser, of course, was in tow.

In real life, the reality TV star is studying law without attending law school. Her late father, Robert Kardashian, was an attorney and part of O.J. Simpson’s defense team during the football player’s infamous 1997 murder trial.

A third “Legally Blonde” film is officially in the works, with Reese Witherspoon reprising her iconic role. Jamie Suk is directing the film, which is expected to hit theaters next year.