Kimmel began the bit, which came late in his monologue, by reminding people that Greene is a supporter of the deadly Jan. 6 insurrection, which she also argues is no big deal because it happened only one time.

“Right. One time. If it happens again, we’ll look at it,” Kimmel joked. “I feel like Marjorie Taylor Greene is a phenomenon that could’ve been prevented with a high enough dose of Valtrex.” Valtrex being a prescription drug used to treat the symptoms of herpes. 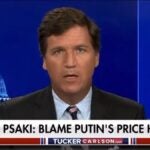 Also Read:
Tucker Carlson Thinks America Is ‘the Real Victim’ of US Response to Russian Invasion of Ukraine (Video)

Kimmel then noted that over the weekend, Greene appeared on “a podcast hosted by the disgraced, but-still-going Congressman Matt Gaetz,” where the two complained at length about him. Kimmel began with a clip in which Gaetz called Kimmel “a total jerk.”

“OK, go on,” Kimmel said while chuckling at the insult.

Next he showed a longer version of clip where Gaetz said, “Jimmy Kimmel is a total jerk, and it seems that his trend is to attack women, which is particularly troubling.”

“Says the guy who is currently under federal investigation for sex trafficking, obstructing justice, and paying for sex with a 17-year-old girl,” Kimmel responded (Gaetz has denied such allegations). “But keep going — I want to see where this is headed.” 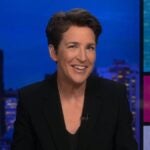 Also Read:
Rachel Maddow Will Shift to Hosting Her MSNBC Show Once a Week Beginning in May

“No, that’s not fair at all,” Kimmel responded, addressing Gaetz directly. “I make jokes about men too. I make jokes about you. In fact, remember when I said I feel bad for you because you didn’t have a girlfriend in high school, until you were 30?”

“Remember when I said your political background will come in handy when you’re a registered sex offender, because you’re used to knocking on strangers’ doors to introduce yourself?” Kimmel continued. “You remember those things. Apology accepted, Matt.”