There’s been a lot of talk about Kanye West (aka Ye) and his increasingly bold and hateful antisemitic comments. But on “Jimmy Kimmy Live!” Wednesday, Kimmel came up with an amusing punishment that, while certainly not enough considering everything, certainly fits the crime.

So earlier Wednesday, Ye aka Kanye West was in the news again after it came out that she showed up, unannounced, at a Los Angeles office for the shoe company Skechers. Ye has of course been dropped by most of the companies he works with, most notably Adidas, which terminated his line of shoes and apparently dented his income enough he’s no longer a billionaire.

Ye seemed to think he might be able to get some kind of new shoe deal going with the Manhattan Beach-based shoe giant. No dice. The company had him escorted out of the building and issued a statement condemning his recent bigoted remarks and insisting it “has no intention” of doing business with him.

One weird, ironic tidbit is, Kanye was photographed buying food at a bagel shop just before trying to enter the Skechers office. Which is what inspired Kimmel’s appropriate punishement. 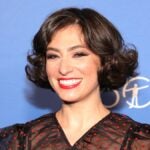 “Sketchers,” Kimmel said during his monologue, “is owned by the Greenberg family, so they threw him right out and put out a statement denouncing him. Ironically, this is not a joke, before he barged into Sketchers, he stopped at the bagel shop next door.”

“He shouldn’t be allowed to eat bagels anymore, right? At the very least,” Kimmel joked.

“Lox him up,” Kimmel added, referring to the slogan “lock her up,” which Donald Trump used constantly in 2016.

“There’s not much good news for Kanye. Madame Tussauds in London removed his wax figure from… they’re gonna melt it down and make a bunch of little Kevin Harts, I heard,” Kimmel continued. “And some big name athletes have dropped — he had a sports management company called Donde Sports, including two of his biggest clients: Aaron Donald of the Rams and the Celtics’ Jaylen Brown said no more. At this point the only athlete who’d be dumb enough to sign with Donde Sports is Herschel Walker.”

That of course led to some jokes about the Georgia U.S. Senate candidate. You can watch that, and plenty more, in the complete monologue, which we’ve embedded at the top of the page.