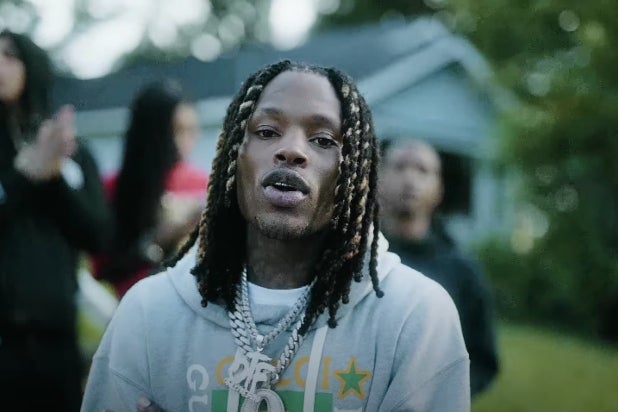 YouTube via King Von - How It Go (Official Video)

Rapper King Von is being mourned by fellow rappers on Friday as news of the 26-year-old “Took Her to the O” artist’s death in a fatal shooting outside of an Atlanta hookah lounge spread.

The Chicago native had just released a new album, “Welcome to O’Block,” on Oct 30, one week before his tragic death on Nov. 6.

Nigerian singer-songwriter Davido was among those in disbelief on Friday, writing, “We just spoke .. this can’t be real.”

The rapper’s record label, Empire, wrote in a statement that it was “devastated” by the rapper’s “untimely passing.”

“He was a loving father, dedicated member of his community and an amazing talent that just started to scratch the surface of his boundless potential. Von overcame incredibly challenging circumstances as a young man, but never lost sight of what it meant to give back and uplift his community–O’Block,” the label added.

“RIP King Von. A rare talent who beat the odds to get to the verge of having everything that he ever dreamed of — only to be killed for nothing. An unspeakably tragic loss,” wrote journalist Otto Von Biz Markie.

“RIP King Von,” record executive Adam Grandmaison, also known as Adam22, said. Grandmaison was also one of the first to confirm the death of rapper Mac P Dawg, a rising star in the Los Angeles rap scene who was gunned down in April.

DJ Akademiks was among the first to confirm Von’s death on Twitter after speaking with his manager, who was hospitalized from the same shooting.

“It’s with great sadness that I have to confirm that King Von has passed away,” the DJ, whose full name is Livingston Allen, wrote Friday.

Atlanta police have since confirmed that a shooting took place, and the Georgia Bureau of Investigation has been called to investigate, according to Complex. Von’s official cause of death has not yet been released.

Read more tributes to the rapper below.

We just spoke .. this can’t be real

RIP King Von. A rare talent who beat the odds to get to the verge of having everything that he ever dreamed of — only to be killed for nothing. An unspeakably tragic loss. https://t.co/NoeFf7dlkG

Talked to him LAST WEEK I really cannot believe this