The script is written by Josh Friedman (“War of the Worlds”), Rick Jaffa and Amanda Silver (“Rise of the Planet of the Apes”), and Patrick Aison (“Prey”). 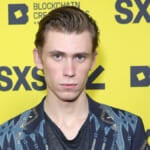 Also Read:
Next ‘Planet of the Apes’ Film to Star Owen Teague

“’Planet of the Apes’ is one of the most iconic and storied science fiction franchises in film history, as well as being an indelible part of our studio’s legacy,” Steve Asbell, president 20th Century Studios, said in a statement.” “With ‘Kingdom of the Planet of the Apes’ we are privileged to continue the series’ tradition of imaginative, thought-provoking cinema, and can’t wait to share Wes’ extraordinary vision for this new chapter with audiences in 2024.”

The franchise began with the 1968 Charlton Heston classic based on the novel by Pierre Boulle, which spawned four sequels. Tim Burton did one of his reimaginings in 2001 with a film starring Mark Wahlberg. The last trilogy directed by Matt Reeves’ earned $1.68 billion at the worldwide box office.