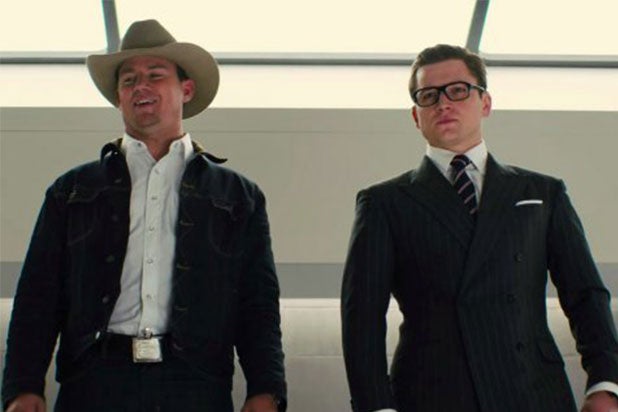 Fox’s R-Rated sequel “Kingsman: The Golden Circle” is off to a solid start at the box office, on track to dethrone the two-week No. 1 run of “It” with a $15.3 million Friday total and a projected $38.7 million opening from 4,003 screens, according to industry estimates.

If Saturday totals can push the opening tally up to Fox’ pre-weekend projection of $40 million, “Kingsman” would become only the third live-action September release to post a $40 million-plus opening, joining “Insidious: Chapter 2” ($40.3 million) and, of course, “It” ($123.4 million).

Critics were decidedly mixed on the sequel, giving it a 51 percent score on Rotten Tomatoes. But opening night audiences, many of whom were fans of the first film, were kinder to “Golden Circle” with a B+ on CinemaScore.

As for “It,” New Line’s horror film continued to bring in solid numbers with an estimated $30 million in its third weekend, which would bring its total to $266 million after becoming the highest grossing horror film ever.

But another Warner Bros., release, “The Lego Ninjago Movie,” is in a disappointing third with estimates at just $21 million from 4,047 screens after making $5.8 million on Friday.

Independent projections for “Ninjago” were optimistic at $35 million, while Warner was looking for an opening in the $27-32 million range. But “Ninjago” will fail to reach either one, currently heading for an opening that’s 60 percent below the opening earned earlier this year by “The Lego Batman Movie” ($53 million).

The top 5 is completed by CBS Films’ holdover “American Assassin,” with an estimated $6.2 million, followed by Paramount’s “mother!” with $3.3 million.

Outside the top 5, Entertainment Studios.’ German horror import “Friend Request” made just under $2 million from 2,569 screens, earning a C+ on CinemaScore and a 21 percent Rotten Tomaotes rating.