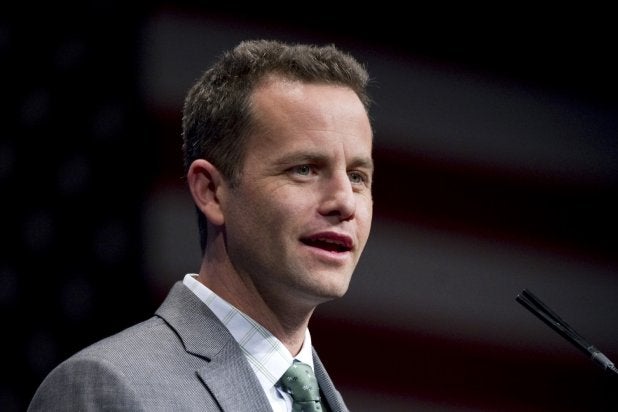 A new video has surfaced featuring Kirk Cameron, the former child star and current day Christian advocate,  explaining how best to use Christ’s teaching to deal with gay people and their problems. But it’s not exactly the video Cameron put out.

The former “Growing Pains” star is on camera and quoted throughout, but he didn’t make the video. The featurette, just over two minutes, was created by Danny Haloossim and Robert Hill.

The duo’s YouTube channel “Deeper Understanding” is filled with found-footage clips  often hilariously edited into montage videos like this one taken from “Way of the Master,” the TV show hosted by Cameron and Ray Comfort.

The pair made the video for “Everything Is Terrible,” a comedy blog. Haloossim told The Huffington Post that they never imagined it would go viral, but that’s exactly what happened. Since then, though, the video — which Haloossim claims leaves Cameron’s “message of intolerance and hate” completely unchanged — has been removed from YouTube.

Embeds of the video now state that it has been removed due to a copyright claim by Living Waters Publications, which owns the copyright for “Way of the Master.”

Watch the unedited “Homosexuality” episode of “Way of the Master” here.