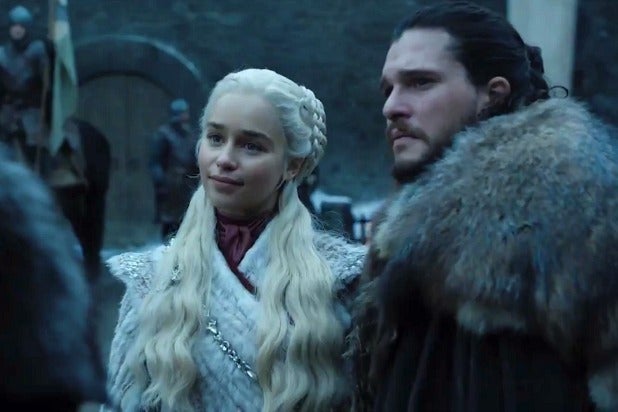 Kit Harington wants to know nothing about your opinions of the eighth and final season of “Game of Thrones.” Well, if you hate it that is.

“How I feel about the show right now is quite defiant,” Harington, who plays Jon Snow, said in an interview published by Esquire on Monday. “I think no matter what anyone thinks about this season — and I don’t mean to sound mean about critics here — but whatever critic spends half an hour writing about this season and makes their [negative] judgement on it, in my head they can go f–k themselves. ‘Cause I know how much work was put into this.”

The show’s Season 8 premiere, “Winterfell,” debuted Sunday on HBO and currently has a very respectable 93% rating on Rotten Tomatoes. Now just five more episodes of “Game of Thrones” remain to be reviewed by critics, and Harington says the cast and crew poured their heart and soul into them — so he doesn’t really care if you end up liking them.

Also Read: Did You Blink and Miss Rob McElhenney and Martin Starr on 'Game of Thrones' Season 8 Premiere?

He added: “Now if people feel let down by it, I don’t give a f–k, because everyone tried their hardest. That’s how I feel. In the end, no one’s bigger fans of the show than we are, and we’re kind of doing it for ourselves. That’s all we could do, really. And I was just happy we got to the end.”