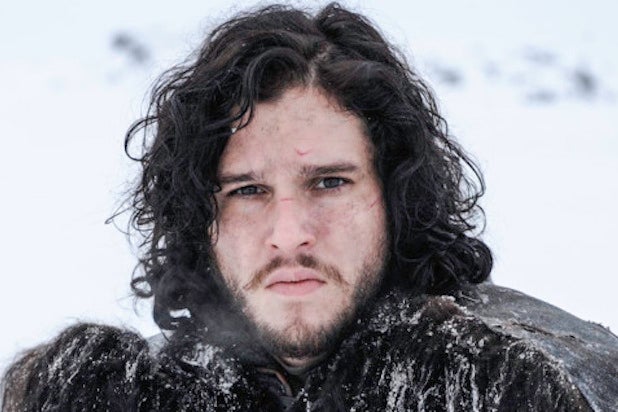 Oh, you know nothing about Jon Snow if you think Kit Harington will be coming back to the “Game of Thrones” universe in any way, shape or form after the eighth and final season.

“It was emotional to leave the job definitely,” Harington told BBC News in an interview published last week. “But I wouldn’t say I was sad: if like me you go all the way back to the pilot of ‘Game of Thrones’ that’s almost 10 years of your life – that’s really unusual in an actor’s career. It was a huge emotional upheaval leaving that family. But would I want to go back and do more? Not on your life.”

Are you sure, Kit? HBO is cooking up at least one prequel pilot right now (with no definite word on exactly where the other four potential projects are or aren’t going) so there is a possibility there could be room for a cameo in some form — even though the current project, from Jane Goldman and George R.R. Martin, is set 5,000-10,000 years before Jon came into existence.

What if he were asked to film a single scene, maybe as an ancestor of Jon Snow? His answer remains an unequivocal no – he’s enjoying stage-work too much.

Well, that’s fair. Harington has given almost a decade of his life to the series, which debuts its final six episodes in April 2019 on HBO.