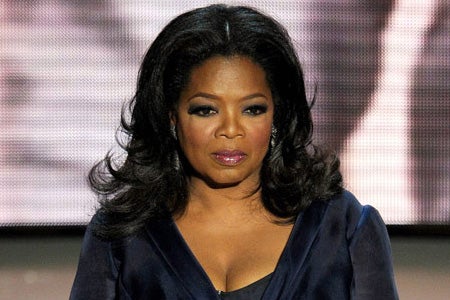 Kitty Kelley’s unauthorized tell-all on Oprah hits bookstores Tuesday, and Kelly went on the “Today” show Monday to talk about it. And there’s plenty to talk about.

Kelley told Matt Lauer she conducted more than 850 interviews over three years – including a year assembling the interviews Oprah has given herself — to produce the 525-page book, “Oprah: A Biography.”

But believes that Barbara Walters, Larry King, Rachael Ray and Charlie Rose were among those who declined to have her on their shows for the book out of “fear” of an O-sized backlash.

“Even David Letterman, who’s had a 16-year feud with her, said ‘I don’t really want to disrupt the relationship I now have with her,” Kelley said. “Now, I don’t believe for a minute Oprah got on the phone with Oprah and said ‘Don’t have Kitty Kelley on.’ She is that powerful.”

Kelley said her own publisher was weary about potentially offending Winfrey. “Even within Random House, I think they were a little nervous because they rely on Oprah.”

In terms of the book itself, there are plenty of juice-filled gems about Winfrey unearthed by Kelley. But this one is bound to get the most play. Via the Daily News:

The towering 6-foot-6 Tesh and a barely out-of-her-teens Winfrey shared her Nashville apartment until he bolted in the middle of the night, according to the first-ever look inside the book, obtained by the Daily News.

According to Kelley, the "social pressure" on an interracial couple in Tennessee at that time proved too much for Tesh to handle.

"He said one night he looked down and saw his white body next to her black body and couldn’t take it anymore," another Tesh ex-paramour told Kelley.