Nearly two years after Tom Cruise's career got off the couch with "Tropic Thunder" and took a wobbly step forward in "Valkyrie," the actor has a chance to firmly re-establish himself as a bona fide blockbuster star with "Knight and Day."

Tracking has been soft for the 20th Century Fox film, which reunites Cruise with "Vanilla Sky" co-star Cameron Diaz. Expectations are that the film puts up $20 million-$25 million from its Wednesday release through the weekend, which is likely to put it in third place behind Sony's "Grown Ups" and the second frame of Disney/Pixar's "Toy Story 3."

The last thing Cruise's career needs at this stage is a laughable flop. But even if James Mangold's action-comedy struggles a bit at the box office, a well-received performance by Cruise should do wonders for his movie star image. 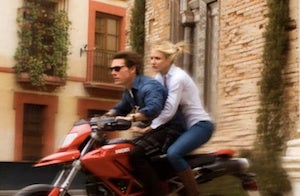 With Cruise still in his prime as he approaches 50, he's never had more riding on a movie. After a fallow period, he's got more than a dozen projects in development — "Mission: Impossible IV" chief among them.

Sure, he can yuk it up as Les Grossman … but can he still stand up in a real Hollywood tentpole?

Cruise has certainly been there: He starred in seven straight $100 million domestic grossers from 2000's "Mission: Impossible II" to "Mission: Impossible III" in 2006, but hasn't really been his leading-man self since. He appeared as a cocksure senator among the prestigious ensemble of Robert Redford's "Lions for Lambs," and played an eye-patch-wearing Nazi in Bryan Singer's WWII thriller "Valkyrie," which took in $200 million worldwide — impressive, but still half as much as "M:I:3."

Cruise's acting chops have never been in question, but it was an unbilled, supporting comedic turn in Ben Stiller's "Tropic Thunder" that helped break up a streak of monotonous roles in dramatic movies. The foul-mouthed Les Grossman not only swept away Cruise's status as a Hollywood punchline, it proved he could also deliver one.

In that vein, "Knight and Day" offers a lighthearted role that shows off his comedic timing while putting him squarely in his action-hero comfort zone. By all accounts, the film finds Cruise as fun and loose as he was in "Tropic Thunder." 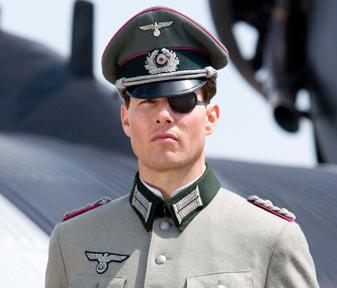 "'Knight and Day' is a refreshing reminder that [Cruise] really can act, something for which he doesn't always get the credit he deserves," writes AP film critic Christy Lemire. "Here, he plays a Vintage Tom Cruise Role: He gets to be charming but also toy with the idea that he might be a little nuts."

Armed with his a-little-nuts twinkle in his eye and that movie-star smile, Cruise has been doing a textbook job of promoting the picture. Two years after "Tropic Thunder," Cruise agreed to reprise his shtick as Les Grossman just to hype "Knight and Day" at the MTV Movie Awards, where his well-received appearance was widely considered the highlight of the show.

Tracking numbers for "Knight and Day" are on par with Lionsgate's similarly themed but commercially disappointing "Killers." But tracking has been noticeably wrong this summer, and word of mouth and critical reception for "Knight and Day" has been strong so far — so much so that Fox decided to move up the movie's release by two days due to solid reaction from test screenings. 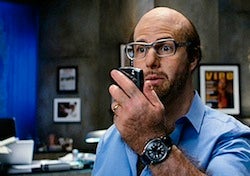 In a risky move that indicates the studio has confidence in the $107 million picture, Fox screened the film early in 494 theaters on Saturday night.

"This is exactly the Tom Cruise that I think people like most," Drew McWeeny of Hitfix.com wrote afterward. "Self-aware, funny about it, cool when he's supposed to be, a little goofy, and still able to turn on that calculated Hollywood romance thing with the exact right grace notes."

Box office analyst Jeff Bock of Exhibitor Relations says it's "doubtful" that "Knight and Day" will return Cruise to his perch atop Hollywood's A-list, but insists the film "will put him back on the map after a couple of missteps."

"'Knight and Day' plays to middle America," Bock told TheWrap. "It won't win him any new fans, but it plays to his core fanbase, and older crowds are expected to support him, especially since the other movies play to younger audiences."

"Few actors sell a daredevil moment better than Tom Cruise," writes the Orlando Sentinel's Roger Moore. "The blase plot devices don’t matter so long as Cruise and Diaz click and spark their scenes — chases and embraces — to life. And Cruise, hurling himself at this as if his 'Mission: Impossible' future and indeed his whole career depended on it, makes sure they do."