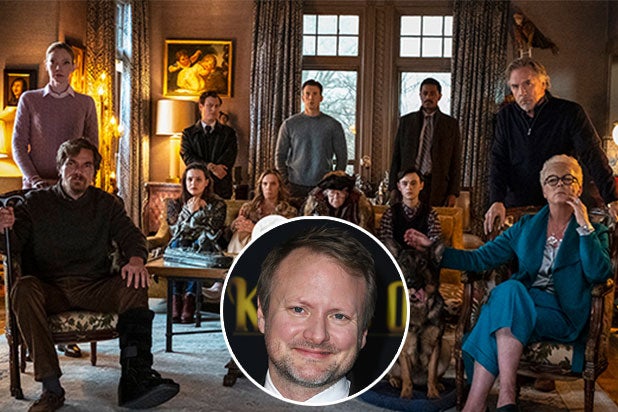 Like every year, the 2020 Oscar nominations shut out major films and contenders — and Rian Johnson, who received a nomination for his “Knives Out” screenplay, would’ve liked to see both Greta Gerwig and “Uncut Gems” get nominations.

“There were so many things this year that I adored: ‘Uncut Gems,’ I would’ve loved to see that [get nominated], and I think Greta [Gerwig] did such a wonderful job with ‘Little Women.’ Every single year, it’s always a mixed bag,” Johnson told TheWrap following his nomination. “I would’ve loved to see ‘Uncut Gems’ get some love. People are going to watch that movie for years to come, it’s an undeniable piece of work, it’s already going down in the history of movies.”

Gerwig and other female directors were once again shut out this year, although there were films like Gerwig’s “Little Women,” Lulu Wang’s “The Farewell” and Alma Har’el’s “Honey Boy” to choose from.

Johnson was particularly excited to see Bong Joon Ho get several nominations for “Parasite,” including Best Feature and Best Director.

“I am so thrilled that director Bong is getting the attention he’s getting,” Johnson said. “I’ve been a fan of his forever. Also, that Noah Baumbach is getting attention for ‘Marriage Story’ warms my heart. I was also thrilled for ‘The Lighthouse.’ It’s always cool when you see little movies that went for something different get love.”

Johnson was nominated in the Best Original Screenplay category alongside “Marriage Story,” “1917,” “Once Upon a Time… in Hollywood” and “Parasite.” This is Johnson’s first Oscar nomination. Not only is Johnson among good company, but he never dreamed that his passion project of a whodunit murder mystery would receive an Oscar nod.

“This came from wanting to do something I love that audiences would have a great time watching,” Johnson said about his film. “I never thought we’d be in the conversation. It’s surreal, I can’t wrap my head around it. We all grew up watching the Oscars on TV with our parents, and the notion of just being part of that somehow is just so surreal to me.”