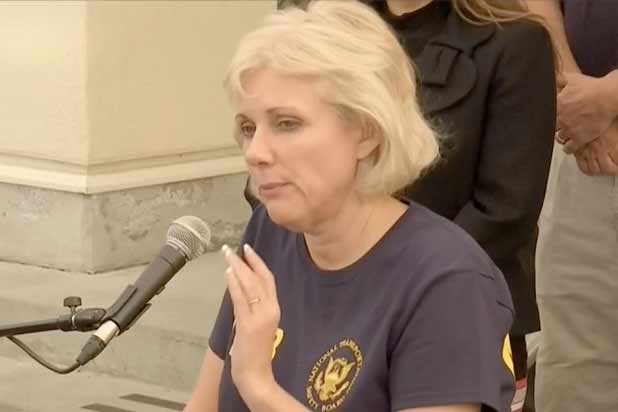 An NTSB official on Monday requested help from the public in their investigation of the helicopter crash that killed Los Angeles Lakers star Kobe Bryant and eight others on Sunday morning.

NTSB Board Member Jennifer Homendy addressed the media and requested anyone with photos of the weather in the area of the crash send them to witness@ntsb.gov. Homendy stressed that “weather is just a small portion” of the investigation.

Homendy also clarified that the FBI is on the scene simply as a “force multiplier” for the NTSB in assisting the collection of evidence and stressed there is no criminal investigation. The NTSB is in the process of documenting the scene, collecting evidence, taking pictures and using drones to map the wreckage. She described the crash as a “pretty devastating accident scene.”

The NTSB stated that the helicopter did not have a black box onboard but it was not required to.

The helicopter Bryant, his daughter and seven others were aboard when it crashed in Calabasas on Sunday was reportedly approved to fly through the dense fog even though the weather conditions were bad.

The helicopter was given a special flight clearance to fly through the fog from John Wayne Airport in Orange County toward the Los Angeles area, which meant they could enter Burbank air space, The New York Times reported Monday, citing audio records between the pilot and Burbank Airport’s air traffic control.

A Federal Aviation Administration official told the Times that the special clearance would have allowed the pilot to fly around Burbank and Van Nuys but not from there to Calabasas.