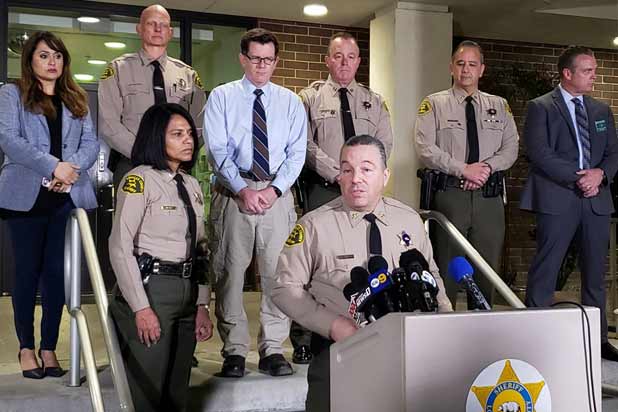 As the investigation into what caused the helicopter carrying Los Angeles Lakers superstar Kobe Bryant and eight others to crash on Sunday continues, the Los Angeles Police Department’s Air Support Division said its helicopters were grounded that morning because of fog.

L.A. County Sheriff Alex Villanueva said his department did the same thing “basically because of the weather.”

The Federal Aviation Administration and National Transportation Safety Board are investigating the crash and will determine the official cause. The FBI is also assisting the investigation, a standard practice.

During a press conference on Sunday, Villanueva said the crash site was difficult to access and “a logistical nightmare.” He also urged people to stay away from the scene, saying, “If you do not have identification that says you are a local resident, you won’t have access to the area.”

Dr. Jonathan Lucas, Los Angeles County Coroner, said the recovery effort of the bodies could take days to complete due to the terrain of the crash site. He added, “Our next priority after recovery is identification and notification of the families.”

Nine people were killed when the Sikorsky S-76 helicopter crashed at about 10 a.m. PT, officials said. The helicopter’s manufacturer is cooperating with the investigation, the company said in a statement.

In addition to Bryant and his 13-year-old daughter Gianna, Orange Coast College baseball coach John Altobelli, his wife Keri and their daughter Alyssa, and Christina Mauser, an assistant girls basketball coach at an elementary school in Orange County were among those killed. The other three passengers remain unidentified.