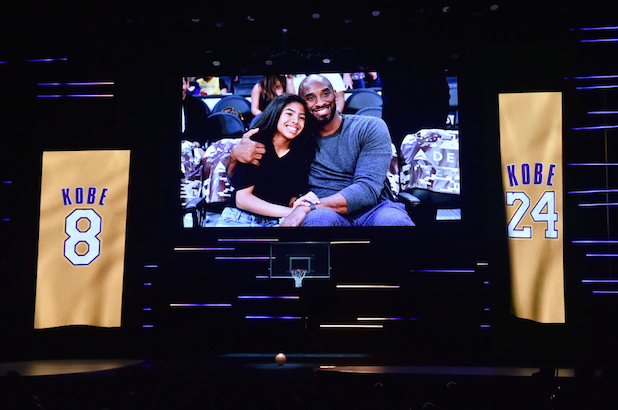 There are several ways you can watch the memorial service for L.A. Lakers legend Kobe Bryant and his daughter, Gianna, on Monday, a month after both died in a tragic helicopter crash that also killed seven others.

The service, which starts at 10 a.m. PT on Monday, will be held at Staples Center, where Bryant played a majority of his career in purple and gold.

Streamers can also catch the NBA TV broadcast on YouTube TV if they have the service, which runs $50 per month. ESPN will be covering the service, although its unclear if it will be in its entirety, but you can watch the network’s coverage on both TV and its Watch ESPN app.

The memorial service will not be airing on the large screens outside of Staples Center and near L.A. Live, according to the team, to prevent overwhelming foot traffic.

Bryant played 20 seasons for the Lakers, beginning in 1996 when he became the first guard to go from high school to the pros. He won 5 titles, including 3 in a row with Shaquille O’Neal from 2000-2002; O’Neal is expected to be at the memorial on Monday. Other career accomplishments include winning league MVP in 2008, two NBA Finals MVPs, and leading the league in scoring twice, including in 2006, when he scored 81 points in a January game against the Toronto Raptors. Since retiring in 2016, he had started to focus more on his entertainment efforts — winning an Oscar in 2018 — and helping coach Gianna’s basketball team. Bryant is survived by his wife Vanessa, his 17-year-old daughter Natalia, his 3 year old daughter Bianka, and baby Capri, who was born last year.