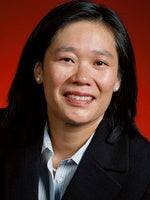 Lung had been VP of corporate business development and marketing operations.

Lung steps into the shoes of Peter Boyce, who was named general manager for the division’s Europe, Africa and Middle East regions.

“Lauren is a proven and effective leader who brings a broad range of management experience in operations, sales, marketing and business development to her new role,” Snyder said in a statement. “Her ability to listen to customers will guide our ongoing innovations that have taken film technology to new levels.”

Lung joined Kodak in 2005 as director of professional services for the graphic communications group. Before that, she spent 18 years at Hewlett Packard in a variety of sales, marketing and operations positions.