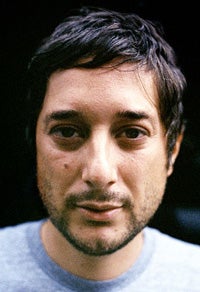 Drag City Records announced that it will distribute the director’s wack-o-piece – which follows a “small gang of sinister, creepy, elderly peeping-toms” around Nashville as they “drag baby dolls around on bicycles, bust television sets with hammers, slap big fat asses while proudly chomping down on stogies” — and yes, do some “trash humping,” too.

Korine — who co-wrote the controversial “Kids” and directed “Gummo,” “Julien Donkey-Boy” (all starring his then girlfriend, Chloë Sevigny) and “Mister Lonely” — shot “Trash Humpers” entirely on VHS and made to look like found footage.

That Korine opted for a weird technique should not surprise anyone – this is, after all, the same dude who tried to produce an entire movie provoking random people into beating him up — “a cross between a Buster Keaton vehicle and a snuff film.”

The label – home to such artists as Stereolab, Joanna Newsom, Bonnie “Prince” Billy and, at one time, indie rock icons Pavement – plans to distribute the film like it was a band. “It’s not that different from booking a tour,” the label said in announcing the deal, “and there’s a lot less gear involved.” (Drag City has long distributed DVDs – including “Wonder Showzen” – but this is its the first theatrical film.)

“Trash Humpers” will open at New York’s Cinema Village on May 7 and in Los Angeles at the Nuart Theater on May 14.

Watch the film’s trailer below. Here’s the rest of the “tour”: