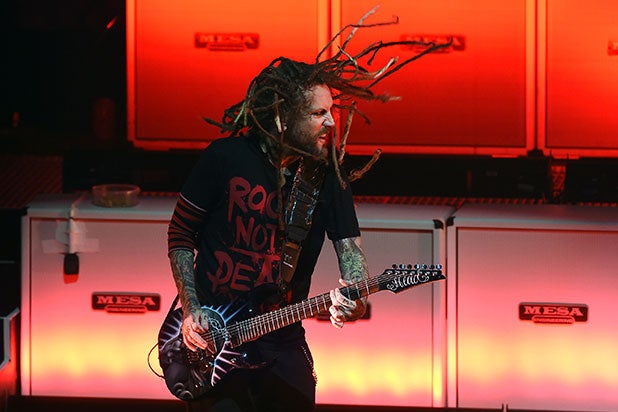 Korn guitarist Brian “Head” Welch is being slammed on social media for his “ignorant” and “distasteful” comments about the death of Linkin Park singer Chester Bennington.

“Honestly, Chester’s an old friend who we’ve hung with many times, and I have friends who are extremely close to him, but this is truly pissing me off!” Welch wrote on Facebook Thursday following the news about Bennington’s death. “How can these guys send this message to their kids and fans?! I’m sick of this suicide s—! I’ve battled depression/mental illness, and I’m trying to be sempethetic [sic], but it’s hard when you’re pissed! Enough is enough! Giving up on your kids, fans, and life is the cowardly way out!!!”

“While I can empathize with an overall frustration about the situation, I think that this is an incredibly tactless and distasteful approach to a very delicate and heart breaking scenario,” one user commented.

“Use your fame and celebrity to encourage anyone considering suicide to seek help, and not as a platform to be ignorant and condescending,” wrote another.

One other user added, “Wow. Expected more from someone who has battled depression. Not cowardly at all. At that particular moment they felt it was the ONLY way. Sad statement, hoping you amend it.

However, some rushed to the musician’s defense, writing, “I SO agree, Brian!!! Suicide doesn’t take your pain away, it gifts it to those you leave behind. A gift they can never return or escape from. A gift they may, ultimately, regift.”

The comments prompted Welch to post another statement on Facebook, writing, “I didn’t mean to sound insensitive about Chester. Just dealing with a range of emotions today. Love you Chester. I’m pissed that you did this, but I know this could have been me back in the day after getting wasted one night.”

According to the New York Daily News, Korn dedicated the song “Blind” to Bennington at a show in Massachusetts on Thursday.

“I want to dedicate this song tonight to all our homeboy Chester Bennington y’all,” lead singer Jonathan Davis said. “Y’ll make some noise for Chester. We love you brother!”