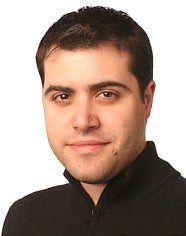 Quick update to the latest case of plagiarism in media – and the most recent at the New York Times.

Zachery Kouwe, the business reporter at the center of this one, apparently resigned from the paper on Tuesday, after an investigation into his work found more instances of plagiarism.

The Times declined to comment, saying it does not discuss personnel matters, and Kouwe did not return an e-mail message. But he did talk to the New York Observer. A lot:

“I was in complete shock … Then I started worrying and started thinking, how the f— did this happen?”

“I was as surprised as anyone that this was occurring … I write essentially 7,000 words every week for the blog and for the paper and all that stuff. As soon as I saw, I guess, like six examples, I said to myself, ‘Man what an idiot. What I was thinking?’”

Mr. Kouwe says he has never fabricated a story, nor has he knowingly plagiarized.

“Basically, there was a minor news story and I thought we needed to have a presence for it on the blog,” he said, referring to DealBook. “In the essence of speed, I’ll look at various wire services and throw it into our back-end publishing system, which is WordPress, and then I’ll go and report it out and make sure all the facts are correct. It’s not like an investigative piece. It’s usually something that comes off a press release, an earnings report, it’s court documents.”

“I’ll go back and rewrite everything,” he continued. “I was stupid and careless and f—ed up and thought it was my own stuff, or it somehow slipped in there. I think that’s what probably happened.”

If this sounds familiar, that’s because it is: Last week, Gerald Posner, the Daily Beast investigative reporter, claimed his plagiarism was an accident, too.

At least Kouwe didn’t blame the “warp speed of the ‘net.”

Nor did he try the absurd explanation floated by Helene Hegemann, a 17-year-old German author, who claims the plagiarism in her award-nominated “Axolotl Roadkill” was akin to a deejay “mixing” songs. (Kids these days!)

"I myself don’t feel it is stealing,” Hegemann was quoted in Salon as saying. “Because I put all the material into a completely different and unique context and from the outset consistently promoted the fact that none of that is actually by me."

Except she didn’t bother to tell anyone until she got caught.

The Cautionary Tale of Gerald Posner