If you had finally let “Frozen” go after two movies, well, you might want to rethink that strategy. According to Kristen Bell, there’s an open door for a threequel to the Disney animated hit.

Granted, Bell, who starred as Anna in both “Frozen” films, can’t technically make that announcement. But that hasn’t stopped her from doing so. She first made the claim on “The Tonight Show with Jimmy Fallon” on Monday night, saying that both she and Idina Menzel, who played her on-screen sister Elsa, are up for it.

While appearing on “The View” on Tuesday morning, Bell doubled down. During her interview, host Sara Haines reminded Bell that “The View” is an ABC show, making Disney the parent company. “There are special consequences for lies that are started on the home ground,” she cautioned Bell.

But even with that ominous warning, the actress remained steadfast. 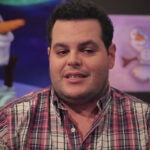 “Listen, I like to say — with absolute certainty and zero authority — there will be a ‘Frozen 3,'” she said with a smile. “I’m putting it out into the world. Because I can’t make that decision.”

Indeed, Menzel said a week ago that even she hopes that a third installment in the animated franchise will happen. “I hope it is, but I don’t know,” Menzel told People. “Anytime I can be 80 and play a blonde animated girl who is, like, 15 — who has amazing arms, by the way, I love that about her.”

At this point, Disney itself has not made any kind of announcement, official or otherwise, that “Frozen 3” is happening.