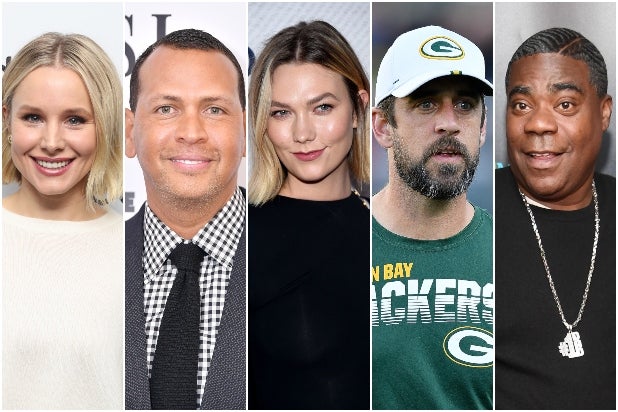 Five celebrities have signed on to join Jennifer Lopez’s pay-it-forward Quibi series “Thanks a Million.”

Quibi previously announced that Lopez would be joined by nine other celebrities in the pay-it-forward series, which means four more public figures have yet to be announced.

According to Quibi’s description of the series, “In each episode, grateful public figures kickstart a chain of kindness by gifting $100,000 to an unsuspecting individual who has had a positive impact on their life. The recipient must then pay it forward by gifting half of that sum to someone else who has done the same, and the chain continues. Across ten episodes, $1,000,000 will be put in the hands of everyday people.”

Quibi, set to debut on April 6, 2020, has continued adding content in recent weeks to its slate of upcoming shows. Last week, it ordered a travel show starring Joe Jonas called “A Cup of Joe,” as well as a Zac Efron-lead adventure series called “Killing Zac Efron.”

The company, led by Jeffrey Katzenberg and CEO Meg Whitman, has spent much of 2019 greenlighting dozens of shows from a number of big stars, including Justin Timberlake and Stephen Curry. The Los Angeles-based company announced last month it had sold out its $150 million advertising inventory for its first year.

'Mickey and the Bear' Director and Cast Portraits (Exclusive Photos)