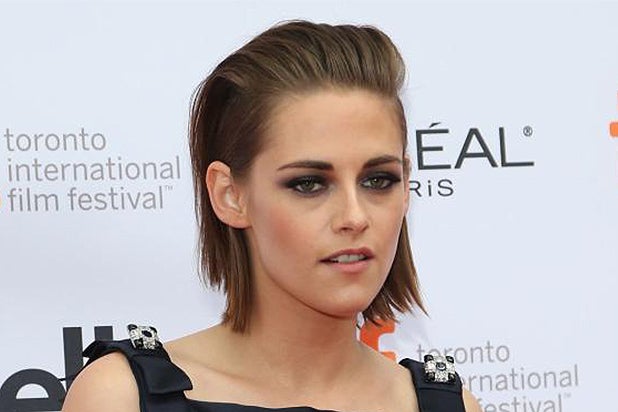 Stars like Kristen Stewart and Gabourey Sidibe will make their directorial debuts as part of Refinery29’s 2016 original programming slate, the multimedia company announced on Monday.

Stewart and Sidibe will be among filmmakers directing short films as part of Refinery29’s “ShatterBox Anthology” series. Stewart’s film is tentatively titled “Water,” while Sidibe’s is “A Tale of Four Women.”

Chloë Sevigny’s directorial debut “Kitty” will be the first film of the anthology series, and will premiere at the Cannes Film Festival later this month.

Refinery 29 is also partnering with America Ferrera, who will executive produce “Behind the Headlines,” a multimedia presentation on issues that matter to women. The initiative will tell powerful stories about key social issues, from immigration to global gun rights.

ShatterBox Anthology
A series featuring 12 engaging and inspiring short-form original scripted films created by female directors, writers, and animators that will explore the dynamics of power. The series provides the women with creative support from Women at Sundance, as well as advisory support from Killer Films’ founders Christine Vachon and Pamela Koffler. A selection of ShatterBox Anthology films will also be distributed through Comcast Watchable, in addition to running monthly on Refinery29 beginning in summer 2016.

Brawlers
This dedicated YouTube channel will launch in May 2016 with five series celebrating women in sports and delivering a fresh look at some of the most accomplished female athletes in the world who are eliminating the distinction between strength and beauty. The series includes: Game of Life, a profile series featuring women such as 12-time Paralympic gold medalist Jessica Long and WNBA MVP Elena Delle Donne; Bend It Like Beka, an instructional video series with yoga expert Beka Halls; and Knock Out, a deep dive into the world of female boxers that includes three-time Golden Glove winner Alicia Napoleon. Brawlers will launch in partnership with smartwater®.

Behind The Headlines
America Ferrera will partner with Refinery29 to executive produce Behind The Headlines, a multimedia experience made up of video, editorial, and high-impact imagery, dedicated to humanizing the conversations around the issues that matter to women. The initiative will tell powerful stories about key social issues through a human lens, which is not often seen in the news, focusing on topics from immigration to global gun rights.

Champions of the Universe
Part of the Brawlers channel, this docuseries features five-time world record holder in hula-hooping, Marawa The Amazing, as she travels to the far reaches of the universe in search of fellow record breakers who are raising the bar of human achievement.

Chasing Daylight
This Facebook Live series will broadcast exclusive and intimate daily conversations with global tastemakers and influencers. From Sydney to Bangkok, the stars of Chasing Daylight will live stream an hour of their day, creating a universal dialogue around beauty, style, and culture. As the sun sets in one time zone, we travel to the next.

Naked Truths
Naked Truths is a weekly YouTube series where popular social talent is invited to join a cultural conversation about beauty norms. They remove their makeup on camera and delve into their personal story of self-acceptance.

Only Girl
Also from executive producer America Ferrera, this docu-series investigates what it means to be a female in a male-dominated field, as women chase their dreams and fight for their seat at the table. Profiling women who are debunking gender norms, from baseball players to airplane pilots, each episode will uncover what gender inequality means for a woman at the start of her career and set the stage for open conversation on why these gaps exist.

#R29StyleStalking
What began as an editorial franchise and became a New York Times best-selling book by Refinery29 cofounders Christene Barberich and Piera Gelardi, Style Stalking is now an Instagram-based fashion video series showing street style in motion. Tapping into the naturally voyeuristic nature of the platform, the series follows one trend across three cities and shows how different women interpret it with their own game-changing spin — making the street the new runway and inviting the audience to share its best street style.

RIOT
Launching in May 2016, RIOT is a female-first comedy YouTube channel dedicated to scripted and unscripted video series driven by funny women. The channel will launch with eight original series and will include comedic music videos, unscripted talk-show formats, and short-form narratives. The creative vision for the platform, overseen by executive producer and creative director Julie Miller, uses humor to engage in and forward the conversation around taboo topics such as sex, fertility, mental illness, and feminism. RIOT’s talent includes 30 of the top female comedy writers, directors, and performers from shows such as Inside Amy Schumer, Broad City, SNL, Girls, The Daily Show, and top late-night comedy shows, including: Phoebe Robinson, Jo Firestone, Aparna Nancherla, Laura Willcox, Shannon Coffey, and Jacqueline Novak, with guest appearances from recognizable faces such as Lena Dunham, Jessica Williams, Julie Klausner, and Awkwafina.

Sex Ed
In Refinery29’s second collaboration with Planned Parenthood, Sex Ed is a four-part scriptednp series delivering sexual education through the lens of what women actually need and want to know. Like the older sister you never had, it will break down the A-Zs of sex.

Short Cuts
Leveraging influencers from Refinery29’s talent collective, Here and Now, including online media personality Gigi Gorgeous, alongside real women cast from the Refinery29 staff and other collaborators, this dedicated Facebook channel is a DIY-versity of daily tips and tricks that make looking good easier than ever.

Sound Off
This documentary series celebrates up and coming musicians around the globe as they are making strides across the music industry. Sound Off explores how personal style, culture, and place influences their music, profiling artists including Sunflower Beam, Princess Nokia, and Karol Conka. There will be a VR/360 companion series supporting this franchise.

Strangers
From producer Beachside Productions, writer-director Mia Lidofsky (2015 AFI Directing Workshop for Women), and executive producer Jesse Peretz (co-executive producer and director of HBO’s Girls), Strangers is a long-form, scripted comedy about Isobel Song (played by Zoe Chao), a young woman navigating the most emotionally complicated time in her life, all the while dealing with a revolving door of new guests staying in her house’s spare room.

VR29 Studios
VR29 Studios will provide immersive access to exclusive experiences and far-flung places. Starting in June 2016, Refinery29 will launch one VR/360 asset every week for the remainder of 2016, exploring topics such as music, fashion, theater, sports, and travel.

What We Teach Girls
From executive producers Morgan Spurlock and Jeremy Chilnick of Warrior Poets and Maker Studios, comes a long-form global exploration of the lessons and values girls are taught throughout their lives in their respective communities. Each episode features juxtaposing stories of two very different, extraordinary girls from vastly different subcultures. Some of the girls featured include 12-year-old Lupita, who helped her mother found the Radical Monarchs Brownie Troop in Oakland, CA; Suman from India who escaped an arranged marriage at age 14 in order to stay in school; and Carol from Uganda who is determined to change her community’s perspective on menstrual hygiene.