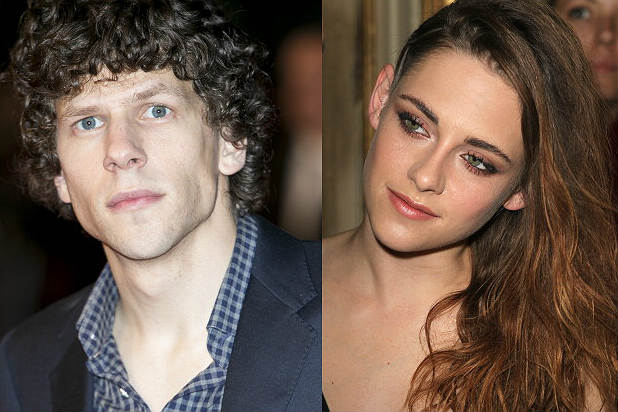 Kristen Stewart is sticking with indies, signing on to join her “Adventureland” co-star Jesse Eisenberg in the action-comedy “American Ultra” and agreeing to film a small role in Tim Blake Nelson‘s “Anesthesia,” an individual familiar with both projects has told TheWrap.

In “American Ultra,” Stewart will once again be saddled with “the girlfriend” role, ceding the spotlight to Eisenberg, who plays a stoner with a past that makes him the target of a government operation to eliminate him.

CAA is repping domestic rights on the movie, which FilmNation Entertainment will be shopping to foreign buyers at AFM.

As for “Anesthesia,” Stewart is filming a couple days in the indie movie, which follows a group of New Yorkers whose lives are touched by the same philosophy professor.

Stewart, who is attached to star opposite Nicholas Hoult in Drake Doremus’ sci-fi love story “Equals,” is represented by Gersh.