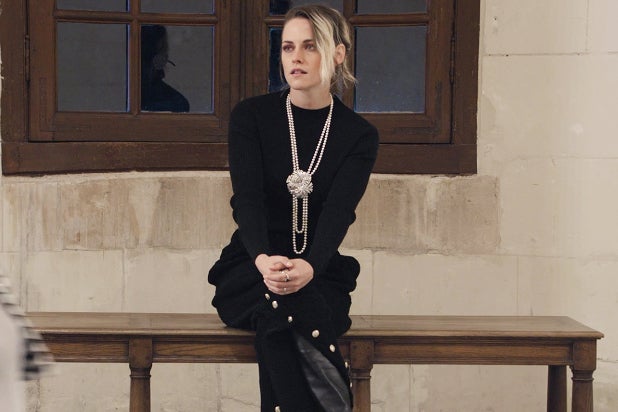 That’s because France’s COVID-19 restrictions meant that the show wasn’t able to take place with its full crowd of spectators or industry members. According to a report from Nylon, “the event took place with only essential personnel present, totaling 301 people in attendance.” Three hundreds of those individuals were cast and crew members.

Also Read: The Evolution of Kristen Stewart: From 'Panic Room' to 'Twilight' to 'Happiest Season' (Photos)

The show live-streamed to the rest of Chanel’s traditional guest list.

The actress is no stranger to the world of high fashion and the runway show’s location, which is historically known for being the site of lavish parties where royalty of the 16th century entertained.

She’s preparing to play Princess Diana in “Spencer,” an upcoming biopic from Pablo Larraín, and she recently told TheWrap that she’s been bingeing “The Crown” to help her become more familiar with the source material, noting “I feel this emotional attachment to these characters and I have this accompaniment that I can go to sleep with and feel like, ‘Oh, God, I already I already have feelings about these people.’ But if you’re sitting there thinking “why would Chanel invite only Kristen Stewart to the most elaborate fashion show of the year?” we can enlighten you.

The actress is a long-time Chanel ambassador  and will lead the brand in its newest upcoming campaign shot by Juergen Teller. It seemed that she was the top choice pick for Chanel’s prime guest list, as Chanel posted about her involvement on Instagram, but either way this gives a whole new meaning to  social distancing – and VIP. In fact, we wouldn’t be surprised if this turns out to be the new norm in COVID-19 times–a select handful of celebrities who are invited to watch fashion shows while the rest of the world watches from their living rooms.