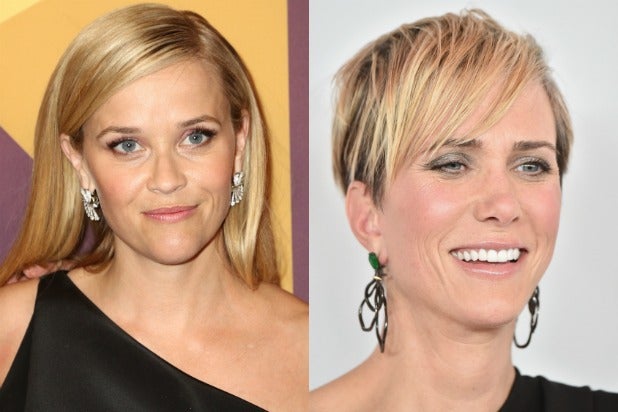 Reese Witherspoon has another series headed to Apple and this one boasts Kristen Wiig as its lead, a source close to production told TheWrap.

Also Read: Natalie Portman Gears Up to Take Over for Reese Witherspoon in 'Pale Blue Dot'

Witherspoon and Lauren Neustadter will executive produce for Hello Sunshine, with Wiig also receiving an EP credits on the series. Colleen McGuinness created the show and will serve as showrunner and executive producer. Sittenfeld will act as consulting producer.

This marks the third project Apple has ordered from Hello Sunshine, including Witherspoon and Jennifer Aniston’s morning show drama and Octavia Spencer’s “Are You Sleeping,” which is co-produced by Chernin Entertainment.