Kristen Wiig will star in the comedy “Mrs. America” at Apple TV+. Laura Dern will executive produce the series, which was greenlit on Monday, and is eyeing an on-screen role.

The series is based on the novel by Juliet McDaniel. Along with Dern, Jayme Lemons is producing under the pair’s Jaywalker Pictures. 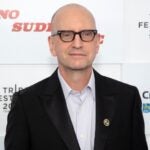 Here is the logline for the series from Apple TV+:

A story about gorgeously impossible people, “Mrs. American Pie” follows Maxine Simmons’ (played by Wiig) attempt to secure her seat at America’s most exclusive table: Palm Beach high society. As Maxine attempts to cross that impermeable line between the haves and the have-nots, “Mrs. American Pie” asks the same questions that still baffle us today: “Who gets a seat at the table?” “How do you get a seat at the table?” “What will you sacrifice to get there?” Set during the powderkeg era of the early 1970’s, “Mrs. American Pie” is a testament to every outsider fighting for their chance at superficial greatness.

Sylvia wrote the screenplay for “Eyes of Tammy Faye,” which starred Jessica Chastain as Faye and Andrew Garfield as her husband, Jim Bakker. Wiig most recently co-starred in Peacock’s “MacGruber” series and the film “Barb and Star Go to Vista Del Mar.”