Kirstie Alley, the Emmy-winning actress who starred in sitcoms “Cheers” and “Veronica’s Closet,” has died at age 71, her daughters announced Monday.

Daughters True and Lillie Parker announced on Instagram that their mom had died after a battle with an undisclosed form of cancer.

“To all our friends, far and wide around the world … We are sad to inform you that our incredible, fierce and loving mother has passed away after a battle with cancer, only recently discovered,” they wrote. 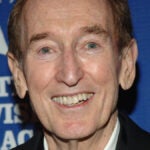 “She was surrounded by her closest family and fought with great strength, leaving us with a certainty of her never-ending joy of living and whatever adventures lie ahead. As iconic as she was on screen, she was an even more amazing mother and grandmother.”

They thanked the doctors and nurses at Moffitt Cancer Center in Tampa, Florida for their care.

“Our mother’s zest and passion for life, her children, grandchildren and her many animals, not to mention her eternal joy of creating, were unparalleled and leave us inspired to live life to the fullest just as she did,” they wrote. “We thank you for your love and prayers and ask that you respect our privacy at this difficult time. With love always. True and Lillie Parker.” 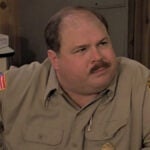 John Travolta, who costarred with Alley in the “Look Who’s Talking” films, was among the first to pay his respects. “Kirstie was one of the most special relationships I’ve ever had. I love you Kirstie,” he wrote on Instagram. “I know we will see each other again.”

Kirstie Louise Alley was born Jan. 12, 1951 in Wichita, Kansas. She made her Hollywood debut in 1982’s “Star Trek II: The Wrath of Khan” as Vulcan officer Lieutenant Saavik, and went on to appear opposite Mark Harmon in the 1987 comedy “Summer School.”

But her breakout role was on TV, playing Rebecca Howe from 1987 to 1993 on the NBC sitcom “Cheers.” As the husky-voiced, no-nonsense waitress, Alley replaced Shelley Long’s Diane as the love interest for Ted Danson’s Sam Malone, and won an Emmy and a Golden Globe in 1991.

“I always believed grief for a public figure is a private matter, but I will say I loved her,” Kelsey Grammar, who was still playing bar patron Frasier Crane on “Cheers” when Alley joined, said in a statement to TheWrap. 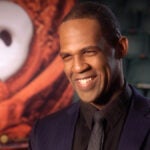 Also Read:
Quentin Oliver Lee, Broadway Performer and Star of ‘Phantom of the Opera,’ Dies of Cancer at 34

Alley won her second Emmy for her performance as a mother of an autistic boy (Michael A. Goorjian) in the 1994 TV movie “David’s Mother.” In 1997, she landed her own NBC sitcom, “Veronica’s Closet,” the David Crane- and Marta Kauffman-created series in which she played the head of a lingerie company.

She parlayed her struggles with weight into something of a second career: In 2005, while also working as a spokeswoman for Jenny Craig, she played a fictionalized version of herself in the Showtime series “Fat Actress,” and later starred in the A&E reality series “Kirstie Alley’s Big Life.” She competed in the 12th season of “Dancing With the Stars,” in which she placed second.

In 2013, she headlined the TV Land sitcom “Kirstie,” in which she played a Tony-winning actress named Madison “Maddie” Banks. She went on to appear in the Fox comedy horror series “Scream Queens” in 2016, and finished as runner-up on “Celebrity Big Brother” in 2018.

In 2022, Alley competed in Season 7 of “The Masked Singer” as “Baby Mammoth” of Team Cuddly. 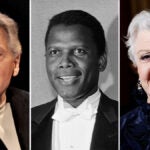 Alley was a longtime fixture in the Church of Scientology, the pursuit of which was one of the reasons she moved to Los Angeles in 1979, and credited the church with her escape from cocaine addiction. She reportedly had achieved Operating Thetan Level VII, just one level shy of the church’s highest attainable status.