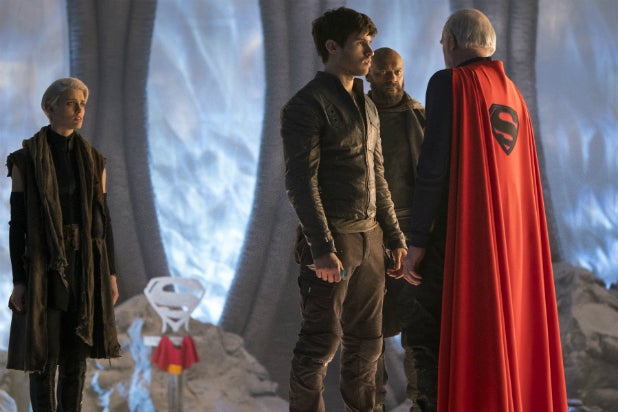 Syfy has canceled its Superman-prequel “Krypton” after two seasons, while also deciding not to move forward with its “Lobo” spinoff, TheWrap has learned.

Both “Krypton” and “Lobo” were from Warner Horizon, who will try to find a new home for both — with “Lobo” remaining in the development stage — an individual with knowledge of those discussions told TheWrap.

“Krypton” took place about 200 years before Superman existed and centers on his grandfather and his quest to save his planet from destruction. Cameron Cuffe starred as Seg-El on the series, which wrapped its second season on Wednesday. “Krypton” also starred Georgina Campbell, Shaun Sipos, Colin Salmon, Ann Ogbomo, Aaron Pierre, Rasmus Hardiker, Wallis Day, Blake Ritson and Ian McElhinney. “Krypton” was executive produced by David S. Goyer, alongside Cameron Welsh, who served as showrunner.

In June, Syfy said it was developing a spinoff around Lobo, an intergalactic bounty hero who made his debut on “Krypton” this season. Emmett J. Scanlan played the character and had signed on for the potential spinoff. Welsh is executive producer/writer on that project.

The character of Lobo first appeared in the comics in 1983 initially as a villain but has been portrayed as more an anti-hero in later years.