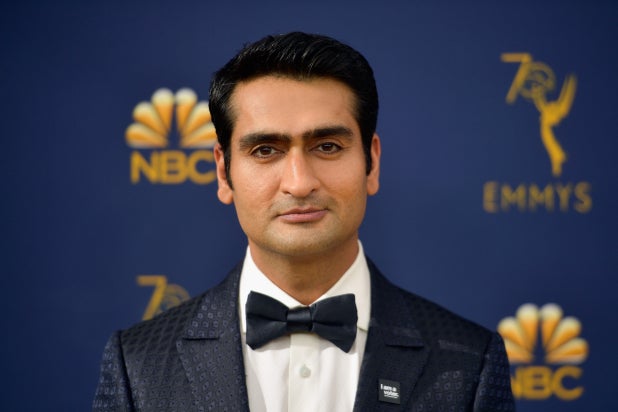 Kumail Nanjiani is set to take on a dramatic role in the political thriller “The Independent,” which is being presented to buyers at the European Film Market by The Exchange, the sales agent’s CEO Brian O’Shea announced Friday.

“The Big Sick” and “Silicon Valley” star will play an idealistic young journalist covering America’s presidential election and the first viable independent candidate poised for a victory. But he soon uncovers a conspiracy that places the fate of the election and the country in his hands.

Amy Rice (“By the People: The Election of Barack Obama”) is directing the thriller that comes from a script that appeared on the Black List by Evan Parter.

Also Read: Kumail Nanjiani Eats Cake and Pizza for First Time Since Getting Ripped for Marvel's 'The Eternals' (Video)

Parter will also produce the film alongside Sam Bisbee and Theodora Dunlap of Park Pictures and Anonymous Content’s Ryan Cunningham.

“Kumail is a great actor with global recognition and he serves as the cornerstone for an incredible ensemble cast that we are excited to announce shortly,” O’Shea of The Exchange said in a statement.

Nanjiani will next be seen in the action-comedy “The Lovebirds” alongside Issa Rae and then in Marvel’s “The Eternals” later this year.

Parter is currently writing an untitled feature on John Dean that stars Chris Pine for Amazon.