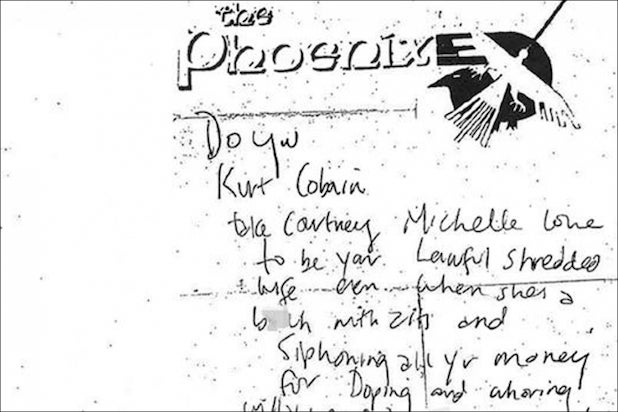 Seattle police released a letter found in Kurt Cobain’s wallet at the time of his death on April 8, 1994.

“Do you Kurt Cobain take Courtney Michelle Love to be your lawful shredded wife…” the letter says. “Even when she’s a bitch with zits and siphoning all (your) money for doping and whoring…”

The note was obtained as part of a public information request by CBS News.

At the time, the note was collected, logged into evidence but never before made public.

The Seattle Police Department reexamined Cobain’s death to mark the 20th anniversary but found no evidence that would justify reopening the case.

Despite much speculation from conspiracy theorists, Cobain’s death was ruled a suicide by self-inflicted gunshot.