Kurt Sutter has gone biker on a producer colleague he claims inappropriately poached one of his staffers. 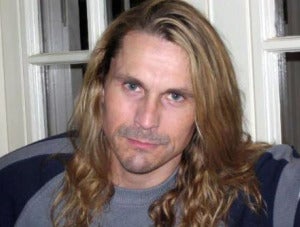 On Tuesday, Sutter, creator and executive producer of gritty FX hit "Sons of Anarchy" used both Facebook and Twitter to bemoan the loss of one of his editors to the new post-apocalyptic, zombie-themed pilot Frank Darabont is producing for AMC.

@Sutterink: “F— me, frank darrabont (sic) just stole one of my editors. such a c— move. disrespectful, arrogant and no regard for how business is done. i hope the zombie apocolypse (sic) pasy (sic) off because karma is a bitch, baby.”

The post yielded a positive reaction on the Facebook “Sons of Anarchy” fan page, with over 91 “likes.”

Sutter also received a chorus of support on Twitter.

@Sami_lewis: “feature guys drop into TV and have no regard for others. huge f—ing egos. splash big, then die. We’re left with the wreckage.”

Darabont, best known for directing the 1994 Tim Robbins/Morgan Freeman prison-themed feature “The Shawshank Redemption,” had no public reaction, at least not in the realm of social networking.

Neither Sutter or Darabont’s reps responded to request for comment.

Darabont’s new series, “The Walking Dead,” is currently in the pilot phase at AMC.