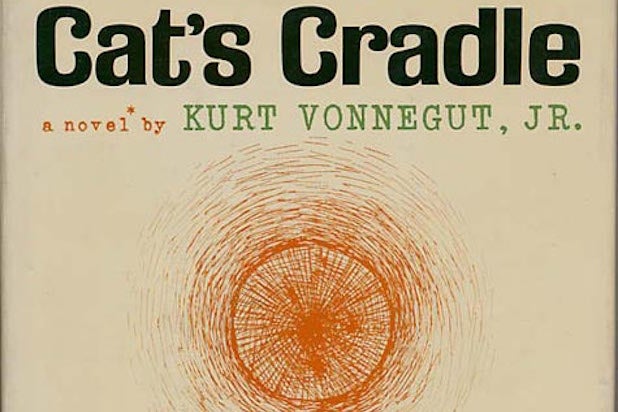 IM Global Television co-founders Stuart Ford and Mark Stern have announced a slew of new projects including an adaptation of Kurt Vonnegut’s classic “Cat’s Cradle,” which takes a satirical view of war, religion and scientific advances.

The project will be developed with a high-level writer/showrunner, executive producer Brad Yonover, and Elkins Entertainment’s Sandi Love, who will co-executive produce. “Cat’s Cradle’ is a true classic, not just in the science fiction genre, but in literature overall. We couldn’t be more honored or excited to adapt this seminal work for television,” said Stern.

IM Global Television has also secured the rights to “Darkover,” the popular book series by bestselling author Marion Zimmer Bradley (“The Mists of Avalon”). Ilene Kahn Power (“Traffic”) and Elizabeth Stanley will executive produce. With over 25 books translated into 17 languages, this expansive series, set on the exotic planet of Darkover, is a unique mix of fantasy and science fiction.

The studio is currently out to buyers with “Den of Thieves,” a noir-ish crime drama starring Carla Gugino (“Wayward Pines”), written by Sebastian Gutierrez (“Gothika”) and executive produced by Trigger Street’s Dana Brunetti and Kevin Spacey. All 10 episodes of the first season have been written and Gutierrez is planning to direct.

IM Global Television is also developing a sweeping six-hour mini-series, “1906,” that chronicles one of the worst disasters in modern history — the cataclysmic San Francisco earthquake and fire of 1906.  Writer David S. Ward (“The Sting”) will executive produce with director Martin Campbell (“Casino Royale”) and producers Mark R. Harris (“Crash”), Julie Ruthenbeck and Susan Lee Smith. Set in the dynamic “City by the Bay” at the turn of the 20th century, 1906 captures a society deeply divided along class, racial and economic lines and the 8.3 earthquake that brought the city to its knees and transformed that society forever. The project was packaged by IPG and CAA.

Also in the works is “Horrorshow,” a serialized drama that pays homage to the classic horror films of the 70’s and 80’s. The story unfolds in real-time, á la 24, with each episode playing out one hour of an intense night during which a psychopath is loosed upon an unsuspecting town. Guy Busick and R. Christopher Murphy are writing and will co-executive produce.

“Anchorage” is a crime procedural based on the true story of Sgt. Kathy Lacey and her experiences as head of the Vice division in Anchorage, Alaska, one of the most dangerous cities in America. Jane Fleming (“The Frozen Ground”) and Mark Ordesky (the “Lord of the Rings” franchise) are aboard as executive producers, while Lacey will serve as a consulting producer.

IM Global Television will also distribute Muse Entertainment’s “Glint,” a character-driven investigative procedural about a forensic team who use a groundbreaking technology that captures the last thoughts in a murder victim’s brain — the “life flashing before one’s eyes” effect — to solve crimes. Ari Eisner (“Invisible”) is writing and will co-executive produce. Director Adam Kane (“Daredevil”) will executive produce with Muse Entertainment’s Michael Prupas (“The Kennedys”).