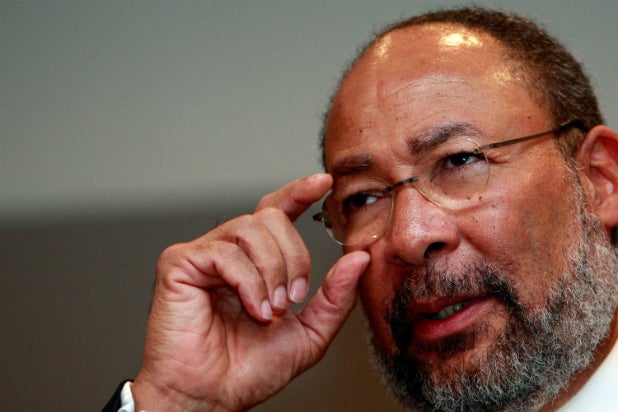 Parsons was hired to bring stability to the team in the wake of owner Donald Sterling’s lifetime ban from the league after he was caught on tape making racist remarks, NBA officials said.

“I believe the hiring of Dick Parsons will bring extraordinary leadership and immediate stability to the Clippers organization,” Silver said in a statement. “Dick’s credentials as a proven chief executive speak for themselves and I am extremely grateful he accepted this responsibility.”

“Like most Americans, I have been deeply troubled by the pain the Clippers’ team, fans and partners have endured,” Parsons said in a statement.

“A lifelong fan of the NBA, I am firmly committed to the values and principles it is defending, and I completely support Adam’s leadership in navigating the challenges facing the team and the league. The Clippers are a resilient organization with a brilliant coach and equally talented and dedicated athletes and staff who have demonstrated great strength of character during a time of adversity.

“I am honored to be asked to work with them, build on their values and accomplishments, and help them open a new, inspiring era for their team.”

Owner Sterling was banned from the NBA and fined $2.5 million after a recording surfaced in which he asked girlfriend V. Stiviano not to bring black people to Clippers games.

As part of the ban, Sterling is not allowed to participate in Clippers business decision, or even set foot on team property. Sterling may be forced to sell the team, if fellow owners vote to oust him from the league.