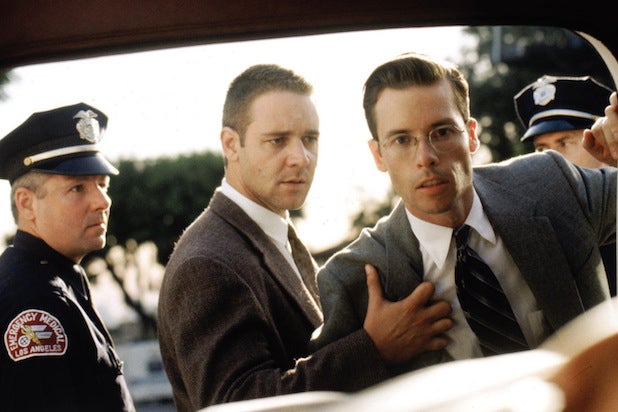 CBS is developing an “L.A. Confidential” series based on James Ellroy’s 1990 novel.

Jordan Harper (“Gotham,” “The Mentalist”) is writing the drama that hails from New Regency, Lionsgate Television and CBS Television Studios.

The project, based on Ellroy’s noir novel of the same name, centers on the intersecting paths of three homicide detectives, a female reporter and a Hollywood actress amid the scourge of a serial killer in 1950s Los Angeles.

The novel spawned a 1997 Oscar-winning film from director Curtis Hanson that starred Kevin Spacey, Russell Crowe, Kim Basinger and Guy Pearce. A pilot for a TV adaptation was filmed in 2003 but not picked up to series.