Oscar front-runners Christoph Waltz and Mo’Nique won the supporting actor and actress awards from the Los Angeles Film Critics Association for their roles in "Inglourious Basterds" and "Precious," respectively.

In the first of two announcements of the LAFCA awards, Jason Reitman and Sheldon Turner won the screenplay prize for "Up in the Air," with Jesse Armstrong, Simon Blackwell, Armando Iannucci and Tony Roche runners-up for "In the Loop."

Christian Berger won the cinematography award for his black-and-white work on Michael Haneke’s "The White Ribbon," Germany’s entrant in the Oscar foreign-film race.

T Bone Burnett and the late Stephen Bruton were honored in the music/score category for "Crazy Heart," while Philip Ivey won the production design award for "District 9." "The Cove" and "The Beaches of Agnes" tied in the documentary feature category. 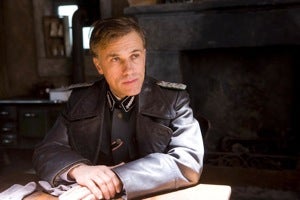 Runner-up: Anna Kendrick, "Up in the Air"

Runner-up: Peter Capaldi, "In the Loop "

SCREENPLAY: Jason Reitman and Sheldon Turner, “Up in the Air”

DOCUMENTARY/NON-FICTION FILM: "The Beaches of Agnès" and "The Cove" (tie)