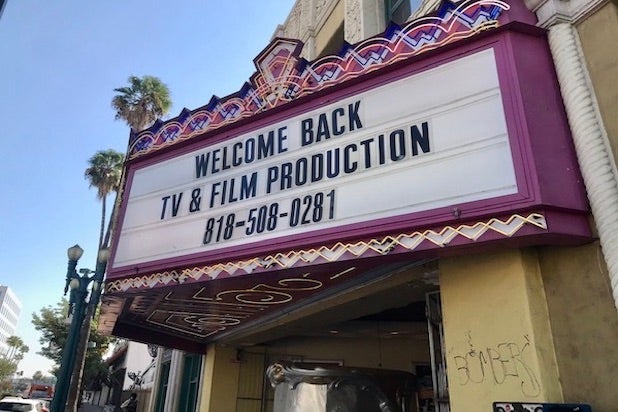 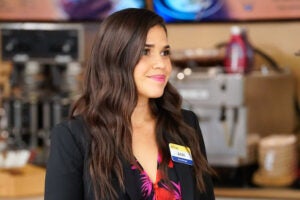 ”If a TV commercial wants to rent a theater, that’s a great source of revenue when you are shut down,“ says Pasadena Playhouse leader Danny Feldman

The County of Los Angeles Department of Public Health eased restrictions on Hollywood production in June, allowing indoor shooting with protocols, but theaters remained closed to audiences. As a result, the theater community has had to think outside the box to find ways to make up for lost revenue and connect with patrons.

Feldman understands the call for pandemic protocols in indoor spaces but has a hard time seeing why a performance in an indoor theater is less safe than an indoor movie shoot if both observe similar protocols.

“When you sit down and think about it, it’s a bit ridiculous that a theater can’t operate with five people in an audience, but we could do a film shoot in our theater with a whole lot more than five people under those guidelines,” Feldman said.

Thor Steingraber, executive director of the Younes and Soraya Nazarian Center for the Performing Arts (“The Soraya”) at Cal State Northridge, thinks the same way. Not that he would really consider it, but “if you paid your audience and said they were part of the film shoot you would be able to do it. Isn’t that funny?” Steingraber joked.

Feldman said a “support group” of L.A. theater leaders get together to talk on Mondays about how to cope with the county health department’s lengthy guidelines for safe Hollywood production (see Appendix J). And many, including the Pasadena Playhouse, have decided the best interim solution is to jump into the movie and TV game.

Downtown’s Music Center said it has begun discussing filming inside the venues, including filming its annual Holiday Celebration to be broadcast on PBS as usual, but without a live audience in its Dorothy Chandler Pavilion.

The Soraya has partnered with KCET and PBS SoCal Public Television for its Southland Sessions programming, including a tribute to Linda Ronstadt that will air Nov. 18, filmed without an audience. Steingraber said such programming is expanding audiences and allowing for experimentation onstage.

Steingraber added that pandemic protocols are expensive but “we have the potential of actually breaking even or making some money. But we are playing the long game right now.” Even post-pandemic, Steingraber said, “I think we in the performance industry would be wise to do the hard work to get performances onto screens.”

Pasadena Playhouse has jumped into the production game without a Hollywood partner. Last month the Playhouse launched PlayhouseLive, including new filmed productions, staged reading and other offerings, such as digital ticketed shows and free content on the theater website. Distribution channels include iPhone and Android apps, AppleTV, Amazon FireTV, Roku and Chromecast, among others.

“It’s our own original product but we’re filming in 4K video — it’s something that is the quality of Netflix, HBO and all of that,” Feldman said. “If you are a world-class theater company … you will be judged against your peers, and in the digital space, your peers are the big streaming companies.”

Jay Irwin, manager of El Portal Theatre in North Hollywood, said the theater had been almost completely booked for live shows for the four-day weekends through 2020 when COVID-19 shut down live theaters and concert venues. He had no choice but to shift those shows to 2021.

But Irwin is thanking his “lucky stars” that El Portal has a big studio movie crew coming to shoot scenes in the theater this week (he declined to say which one). In fact, producers are repainting the 1926 theater’s Art Deco façade as part of the deal.

Irwin said that El Portal is enjoying a burst of new location shoot rentals and inquiries. He added that he has received calls from at least ten location scouts since bans on indoor Hollywood production were lifted in June. He appreciates the income but said production rentals do not make up for seven months of theater production closures.

To that end, Irwin said El Portal is taking tentative steps toward livestreaming performances from the theater for a price. He added that even when live shows come back, the theater might make access to a livestream available with the ticket price because “grandpa and grandma aren’t really going to dig” coming into a theater for months after restrictions are lifted.

However, for the El Portal, Irwin said such ventures will have to be partnerships with Hollywood talent. “None of us theater people knows how to make a damn TV show,” he said.