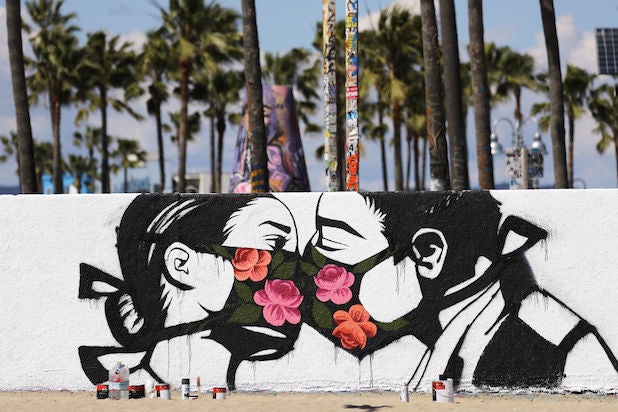 The initiative, called L.A. Protects, wants to galvanize the city’s garment and fashion industry to pitch in and produce five million non-medical masks for Angelenos. The masks, designed by Kaiser Permanente, can be used to protect non-medical staff at hospitals, as well as those doing deliveries and working in grocery stores and restaurants.

Reformation will be providing its “expertise in garment and apparel production by providing quality assurance checks and building out funding and in-kind support for this initiative,” according to the L.A. Protects website. A spokesperson for Reformation also told TheWrap that the company’s sewing factory, fabrics and in-house teams will all be used to create masks for the initiative.

“Businesses that otherwise would have to keep their doors closed and furlough staff will be able to reopen,” Garcetti said while reiterating that they would need to maintain social distancing and disinfecting protocols. “This program will save jobs.”