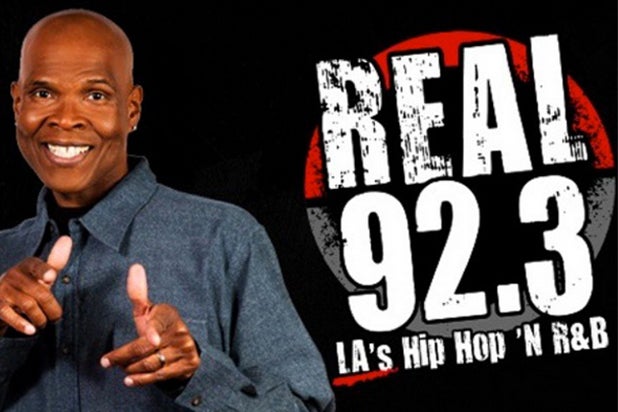 Big Boy, one of the biggest names in urban radio, has closed a multimillion dollar deal with iHeartMedia to officially move his hit Los Angeles morning show to iHeart’s Real 92.3 (KRRL), it was announced Tuesday.

While his exit from crosstown rival Power 106 (KPWR) in L.A. sparked a nasty legal battle, Big Boy is singing a happy tune about his new $10.5 million iHeart deal.

“You can’t imagine how psyched and ready I am to show my listeners – my family – what we’ve got planned at Real 92.3. iHeartMedia 100 percent gets what I’ve been doing for over 20 years and together we’re going to take it to the next level,” Big Boy said in a statement issued to TheWrap.

His three-year contract provides an annual salary of $3.5 million, plus an additional $200,000 video production budget, four weeks of vacation and the use of a private jet for domestic travel (including Hawaii), according to legal documents obtained by TheWrap. His new employer, iHeartMedia, has also committed to spending a minimum of $1 million a year to promote Big Boy’s show and will make him a featured presenter at national tent-pole events.

The DJ, who is just as famous as some of the music stars he interviews, shocked fans last month when he suddenly went missing from his morning drive show “Big Boy’s Neighborhood” on Power 106 after 20 years at the station.

A short time later, it was revealed that Power 106 owner, Emmis Radio LLC, had filed a lawsuit against Big Boy alleging he breached his contract, which ended on Feb. 28, 2015.

The legal documents said the radio personality, whose real name is Kurt Alexander, informed his bosses at Emmis in January 2015 that he had received a more lucrative offer from iHeartMedia.

According to the lawsuit, Big Boy’s Power 106 contract allowed for a 60-day window at the end of his deal to entertain other offers, as long as Emmis was allowed to match the offer.

The documents stated that Power 106 was paying Big Boy a base salary of $1.45 million per year, “plus substantial bonuses, an automobile allowance and other fringe benefits.”

Emmis said it countered Big Boy’s proposed new agreement with a “substantially similar” deal. But “Alexander announced that he would not honor the terms of the Agreement,” thus allegedly committing a “brazen breach” of his contract, the lawsuit said. Emmis naturally wasn’t happy and sought a preliminary injunction to stop Big Boy from joining the new show. But the motion was denied by the court on Mar. 3, paving the way for his official exit.

Following the ruling, Emmis issued a statement saying, “While Emmis is disappointed with the Court’s ruling and will evaluate our legal options, we are pleased with the Court’s indication that damages are an available remedy at trial. Emmis remains resolute in continuing to protect our legal rights and committed to the continued success of Power 106.”

Tim Kenneally and Pamela Chelin contributed to this report.