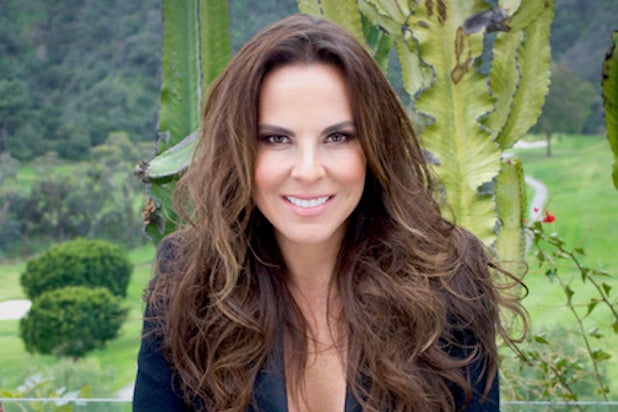 Under the pact, the Mexican actress and producer will both produce and star in projects jointly developed between Endemol Shine Boomdog and Cholawood.

According to Endemol, “the two sides are currently exploring scripted and unscripted development opportunities in both English and Spanish.”

“There is no bigger name in our industry than Kate Del Castillo,” said Alejandro Rincon, CEO, Endemol Shine Boomdog. “We are thrilled to be developing content with Kate and her team that she can both produce and star in. We already have some very promising projects that we will be bringing to the marketplace in the near future.”

“I’m excited to unite with Endemol Shine Boomdog,” Del Castillo said. “We are here to create a new narrative empowering the Latina and Latino communities. It’s time for us to steer away from stereotypes and clichés. We are here to stay!”

As one of the most prominent actresses in Latin entertainment, Del Castillo has played a leading role in many of the industry’s top films and TV series over the last two decades. This summer, Del Castillo led Telemundo to record ratings once again, regardless of language, as she reprised her award-winning role as Teresa Mendoza on “La Reina del Sur 2.” She recently starred in and produced two other highly successful projects for Netflix–“Ingobernable” and “The Day I Met El Chapo.” Del Castillo also is set to co-star in the upcoming film “Bad Boys for Life” alongside Will Smith and Martin Lawrence.

Castillo and Cholawood Productions are repped by Attorney Walter Mosley of Mosley & Associates.