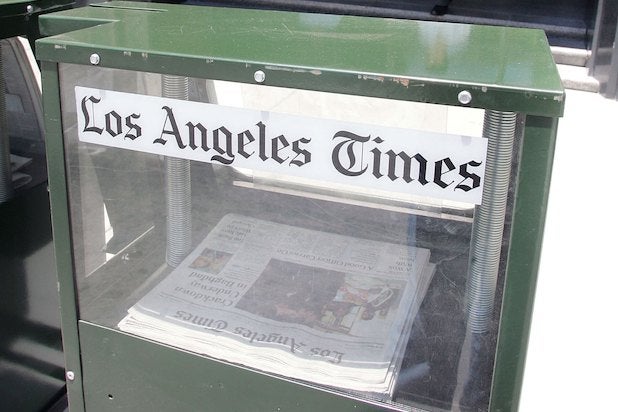 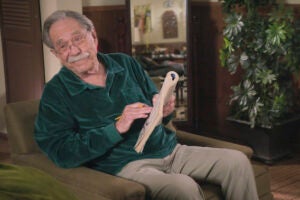 Ratings: ‘The Goldbergs’ Is Wednesday’s Top Comedy With Episode After George Segal’s Death

The Los Angeles Times and the San Diego Union-Tribune lost “north of $50 million” in revenue in 2020, company leadership told staffers at an all-hands meeting on Thursday.

Chris Argentieri, the president of the two papers’ California Times parent company, described the losses as a “catastrophic drop in revenue for the company north of $50 million on top of a business that was already using cash and not producing cash,” according to a recording of the meeting obtained by TheWrap.

The majority of the losses came from print advertising, though digital advertising and print circulation also sustained some losses.

“What we saw in 2020 was [an] acceleration of trends that we were well aware of and have been aware of, really, for far more than a decade,” Argentieri said. “We won’t go back, particularly in print advertising, to where we were.” 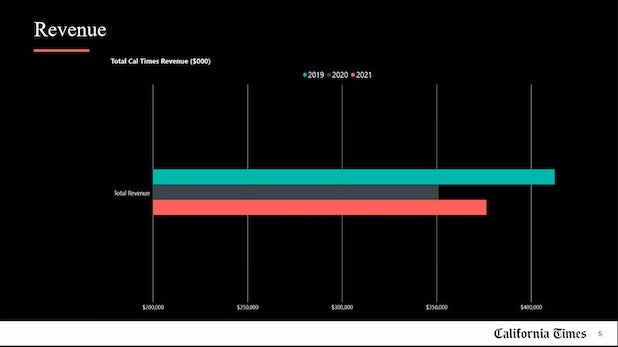 This isn’t the first time the Times has lost revenue; in 2019, the paper’s losses amounted to about $20 million, according to an individual with knowledge of the matter. But the losses in the COVID year of 2020 have been much more damaging and lend credence to recent reports that owner Patrick Soon-Shiong is considering selling the paper. (Soon-Shiong has denied those reports and has told staff he is committed to the future of the L.A. Times and the San Diego Union-Tribune.)

The 2020 revenue losses also came as the company hired 163 full-time employees last year, Nancy Antoniou, the chief human resources officer for both the L.A. Times and the Union-Tribune, told staff at the meeting. The majority of those hires were nonwhite, with 24% identifying as Hispanic or Latino, 20% identifying as Asian, 13% identifying as Black or African American and about 5% identifying as having two or more races. About 34% of the 2020 hires were white, while roughly 4% declined to provide their ethnicity.

As for this year’s outlook, Argentieri said the two papers were able to make a number of financial sacrifices to get through those losses “far better.”

“If you would have asked me one year ago, could we sustain that level of revenue loss as quickly as it happened? I would have had real questions,” Argentieri said during the meeting. “We were able to do things, certainly a number of difficult decisions. People’s livelihoods were impacted, a number of people lost jobs or furloughs, pay reductions, everything imaginable. I don’t think there’s anyone on this call that didn’t make significant sacrifices, but we got through it, overall, far better.”

A rep for the L.A. Times declined to comment.

Is ‘SNL’ New Tonight?: What We Know About the Next Episode