Roughly a month after losing the top editor of its flashy new website, the Los Angeles Times today named her replacement. 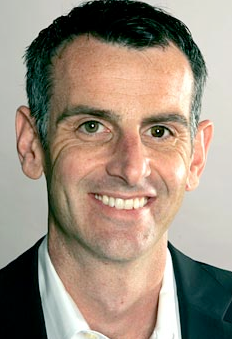 In a memo to staffers Monday, editor Russ Stanton said that Sean Gallagher, currently the managing editor of LATimes.com, has been promoted to the “masthead level” position of managing editor/online.

Stanton replaces Meredith Artley, who earlier this month announced she was leaving for CNN.com.

Stanton said Gallagher played a key role in overseeing the site’s recent redesign, and will be “responsible for the overall reader experience on latimes.com and the rest of our nearly dozen other digital efforts, which we will continue to expand.”

Gallagher joined the LATimes.com in 2006 as an associate editor.

The paper relaunched its website in mid-August. Artley’s last day was September 16.

In an earlier memo, Stanton praised Artley for her work in doubling the site’s  page views and unique visitors during her two-year tenure.