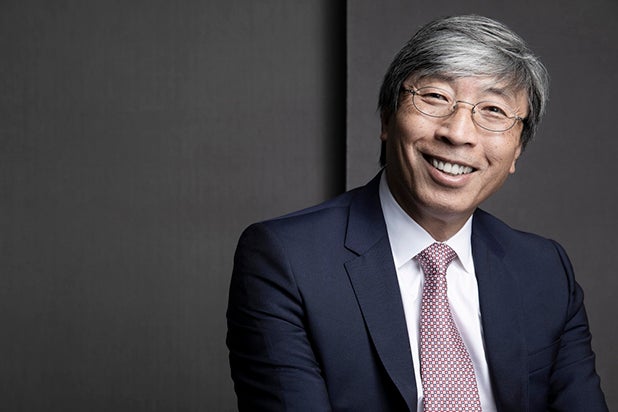 Following calls from staff to diversify the Los Angeles Times newsroom, owner Patrick Soon-Shiong pledged to have a quarter of the Times’ newsroom staff to be Latino over the next five years.

“Our staff makeup and coverage should better reflect the fact that one in two people in LA County is Latino. This should go without saying,” Soon-Shiong wrote in a Tuesday letter to the Times’ staff and Latino Caucus, which has recently launched social media campaigns to highlight the underrepresentation of Latinx staff at the paper. “Over the next five years, we expect to achieve a newsroom where Latinos make up one quarter of our staff.”

Soon-Shiong’s letter also outlined a number of other initiatives to be implemented at the paper, including “new metrics that evaluate managers’ adherence to diversity initiatives and hiring,” the creation of a Talent and Culture Editor to meet “at least once a quarter” with the Latino Caucus to “discuss openings and promotion opportunities” and the creation of a database with the names of journalists recommended by the National Association of Hispanic Journalists to aid with the paper’s recruiting.

The Times’ editorial pages department, Soon-Shiong added, is also “developing an in-depth analysis of [the Times’] coverage of BIPOC communities at the state and national level, covering significant ground to ensure that our institutional apology is adequate to the times.” The analysis is expected to cover the paper’s reporting on the “Zoot Suit Riots” and the “Sleepy Lagoon” trial,” Soon-Shiong said.

“The LA Times is not immune to the disease of institutional racism metastasizing in our country. I apologize for not empowering our Latino journalists and staff at the rate and scale required to reverse the legacy of racism and restore the health of our industry,” Soon-Shiong wrote. “The commitments outlined today cannot erase our failure to prioritize the Latino community. Yet my hope is for this letter to reflect a new page in our story.”

Soon-Shiong’s letter comes almost two months after he responded to a letter from the Times’ Black Caucus for management to address the paper’s recruitment, retention and treatment of Black journalists. In his response, Soon-Shiong apologized for “not advancing anti-racist priorities as substantively and rapidly as we had dreamed” and promised to hire more Black journalists “over the next thirty-six months to better reflect the diversity of Southern California.”

It also comes one day after the Times announced Kimbriell Kelly — who was once the only Black investigative reporter on the team at the Washington Post and has been calling for greater diversity at the Times — Washington bureau chief. She will start the job Nov. 4.

According to the paper’s recent diversity report, released in June, about 13% of the Times’ newsroom is Latino and 5.2% is Black. Accounting for L.A. Times en Español, the paper’s MetPro fellowship program and the Times Community Newspapers, 15.8% of staff are Latino and 5.3% are Black.

My hope is for this letter to reflect a new page in our story. #SomosLAT #RubenSalazar pic.twitter.com/hrDkXOZmyi