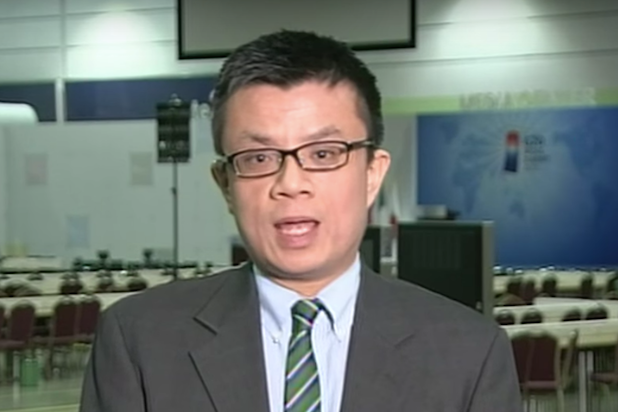 Longtime New York Times editor Sewell Chan will be joining the Los Angeles Times as a deputy managing editor, the paper announced on Monday. He will report the the paper’s top editor Norman Pearlstine, who took over the reins of the California broadsheet in June.

“Sewell Chan has distinguished himself as a skilled and thoughtful editor and a collaborative and caring colleague,” said Pearlstine in a statement. “He will play an important leadership role while making us smarter and faster.”

Chan has spent the last 14 years at the New York Times, most recently as international news editor. He previously served as a reporter, deputy editor of the op-ed page and as a London-based editor managing breaking news coverage from Europe, the Middle East and Africa.

“No publication is better equipped to tell the story of America’s future than the Los Angeles Times,” said Chan in the same release of his new employer.

“And no place in American journalism is as exciting right now as the Los Angeles Times, under its new owner and leadership team. The Times is growing in its ambitions and staffing, and I am thrilled to be part of the revival of this essential institution.”

After a stormy tenure under the management of Chicago-based Tronc, the Los Angeles Times was sold to billionaire Patrick Soon-Shiong in February.

Under Soon-Shiong, the paper moved to expansive new offices in El Segundo and added a raft of marquee hires like Chan and Pearlstine. The paper plans to expand coverage on all fronts, including Hollywood, sports, food, and the environment, the New York Times reported in June.